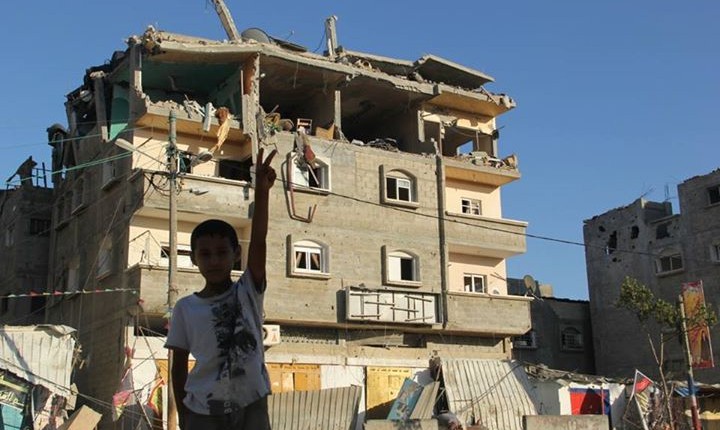 The Egyptian government has been contacting Palestinian and Israeli contacts to “stop violence and military operations,” the Egyptian presidency announced on Saturday, according to AFP.

The statement from the presidency came following President Abdel Fattah Al-Sisi’s meeting with Tony Blair and said that efforts to bring the sides to negotiations had been met with “stubbornness and intransigence.”

Egypt’s foreign ministry is urging the international community to take action to end the escalating conflict between Hamas and Israel in the Gaza strip, despite the Israeli Prime Minister vowing to continue with “Operation Protective Edge”.

In telephone conversations with his French and Dutch counterparts Foreign Minister Sameh Shoukry urged for the ministers and for the European Union to “act immediately on the Israeli side to stop the escalation” in its attacks on the Gaza Strip, which it says is in response to rocket fire from the Palestinian territory.

Minister of Defence Sedki Sobhi ordered on Friday the delivery of 500 tonnes of food and medical supplies to the Gaza Strip, which “comes within the framework of the historical role of the constant and continuous support to the Palestinian people”, said a statement from the armed forces.

Israeli airstrikes have killed more than 125 and injured nearly 1,000 in Gaza; many of the casualties reported have been civilians, according to a Gaza health ministry spokesman. Amnesty International reported on Friday that 20 people had been injured in Israel as a result of rocket fire from the Gaza strip.

Speaking in Jerusalem on Friday morning, Blair called for restraint but pointed out that the “reality right now is that the situation is escalating and not de-escalating”, adding that a “short-term arrangement” must be reached to de-escalate the situation.

Also speaking on Friday, Israeli Prime Minister Benjamin Netanyahu said:  “No international pressure will prevent us from operating with full force against a terrorist organisation that calls for our destruction.”

In 2012 Egypt and the US were able to broker a ceasefire between Hamas and Israel. The situation nearly two years on has changed, with the Palestinian movement out of favour with the new Egyptian administration due to its close ties with the Muslim Brotherhood. Both Hamas and the Brotherhood are now outlawed in Egypt.

Tensions are also higher than in 2012 following the kidnap and murder of three Israeli teenagers, Eyal Yifrah, Naftali Frenkel and Gilad Sha’er, followed by what seems to have been a revenge murder of Palestinian teenager Mohamed Abu Khudeir.