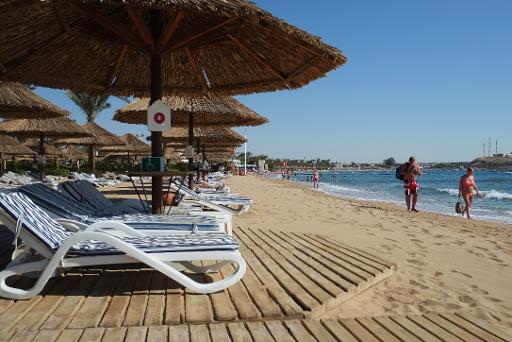 The number of tourists arriving to Egypt in May recorded 768,000, the Central Agency for Public Mobilisation and Statistics (CAPMAS) reported Sunday. The latest figures show a 20.7% decline compared to 969,000 tourists in the same month last year.

In May 2010, tourists’ arrivals were 35.9% higher it registered this May, with over 1 million tourists visiting the country.

“The number of tourist nights spent by departing tourists reached 7.3m nights during May 2014, compared to 8.8m nights during the same month 2013, a decline of 16.8%,” CAPMAS’s report read.

“Eastern Europe had the largest share of 45.7 % in the number of nights, followed by Western Europe 30.6 %, and the Middle East 16.5 % during the same period,” the agency’s report added.

Chairman of the Egyptian Tourism Federation Elhamy El-Zayat said he does not expect an increase in the number of foreign tourists during the current year. He added that he believes the number of tourists’ arrivals will not exceed 9m tourists.

Around 124,900 tourists arrived from the Arab countries, a 37.8% decrease compared to the same month last year.

Ahmed Shoukry, the head of International Tourism at the Ministry of Tourism, said last month that the ministry has launched an international campaign, focused on the UAE, Kuwait and Saudi Arabia, to attract a larger demographic of their citizens to visit Egypt this summer.

He anticipated the number of Arabs visiting Egypt by the end of the year to reach approximately 2 million tourists.

“The number of tourist nights spent by departing tourists from Arab countries reached 1.5m nights during May compared to 1.9m nights during the same month in 2013, a decrease of 22.1 %,” the agency said.

Earlier this month, the German Foreign Ministry lifted travel warnings for Sharm El-Sheikh. Shoukry said other European countries are considering lifting their warnings as well in light of Germany’s decision.

Hany Al-Shaer, Vice President of the Chamber of Hotels, said that occupancies in hotels along the Red Sea and South Sinai increased following the German foreign ministry’s decision.

Income from the tourism sector has declined during the past year to $5.9bn, a 41% descend compared to 2012.