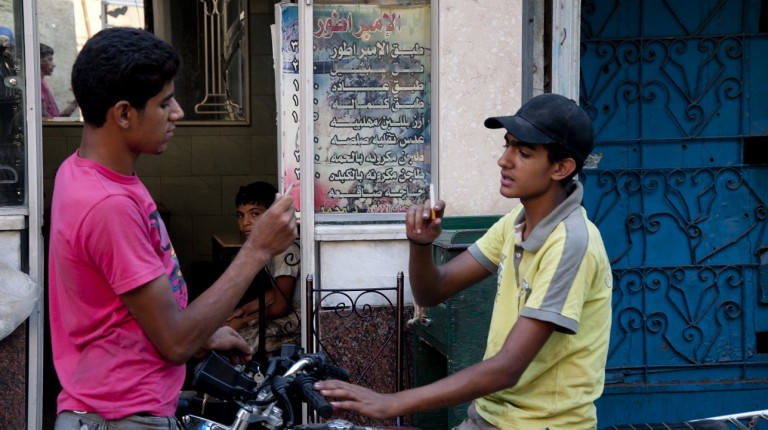 An increasing number of Egyptians are dying prematurely from noncommunicable diseases, such as heart disease and cancer,  as a result of rising smoking and obesity rates, according to a new report from the World Health Organization (WHO).

Noncommunicable diseases now account for 85% of all deaths, compared to only 82% in 2011, WHO reported.

“Twenty-five percent of Egyptians are dying before the age of 70, the most productive time in one’s life, so that causes a lot of socio-economic problems,” said Randa Abou El Naga, technical officer at WHO Egypt.

Nearly half of all Egyptians who die from noncommunicable diseases succumb to cardiovascular disease, while 14% die from cancer,  4% die from chronic respiratory disease and 1% die from diabetes.

The risk factors in Egypt primarily include smoking, high blood pressure and obesity.

Nearly 70% of Egyptian adults are overweight, according to the latest Global Burden of Disease Study published in the British medical journal The Lancet. Forty-five percent of women and 21% of men are obese.

Forty-six percent of all Egyptian men are smokers, WHO reported. Among the general population, smoking rates increased from 19% in 2009 to 25% in 2013, according to a statement from the Ministry of Social Solidarity last week. On average, Egyptians now begin smoking at 10 years old.

“We have to fight against the trend,” Naguib said.

Because Egypt is in a transitional phase politically, the country is struggling with addressing the problem on nearly every level – “from commitment to action to implementation”, said Samer Jabbour, who oversees WHO’s noncommunicable disease programme in the eastern Mediterranean region.

Jabbour and Abou El Naga both said, however, that the current Egyptian Minister of Health has a stronger commitment to the regional action plan to reduce noncommunicable disease and to the implementation of preventive measures.

At the moment, for example, the ministry is working on developing national guidelines to improve the early detection of cancer and diabetes.

In an attempt to curb smoking, the government recently increased the tax on tobacco products by 50%. The revenue from the taxes also helps cover cancer treatment costs, Naguib said.

“Price increases are two to three times more effective in reducing tobacco use among young people than among older adults,” said Douglas Bettcher, director of the WHO Department for the Prevention of Noncommunicable Diseases.

However, the price increase alone is unlikely to reduce tobacco use, Jabbour said. The government must also ban smoking in public places and prohibit tobacco advertisements targeting youth, he said.

“This is the time to act,” Jabbour said.