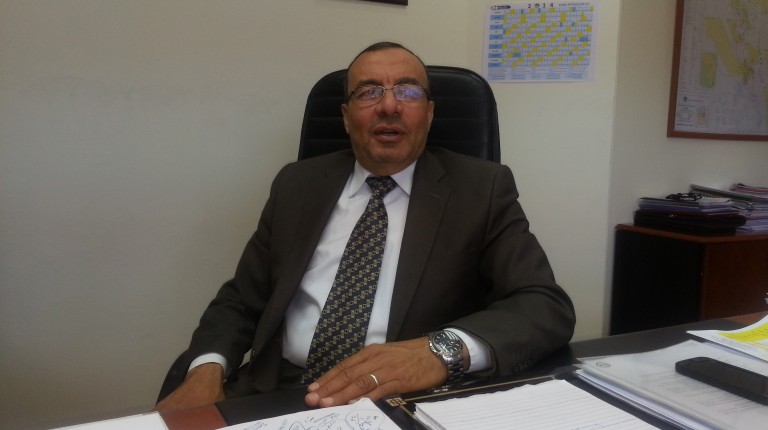 Egypt’s fuel crisis is facing further problems in the country’s inability to pay dues to foreign companies that work in the petroleum sector. This has led to a decline in investments from a number of partners, which in turn resulted in a decrease in gas and oil field production. The Daily News Egypt has thus spoken with Taher Mustafa Al-Bahr, Chairman of the Board of Agiba Petroleum Company, a joint venture between the Egyptian General Petroleum Corporation (EGPC) and Italy’s ENI.

The company will not produce any quantities of natural gas for the entirety of  FY 2013/2014, as the fields in operation produce only crude oil.

Agiba owns areas that contain both oil and gas, but these areas will not operate due to a lack of facilities for producing and processing gas. This is to maximise the production benefits as well as the benefits of not destroying gas through incineration as plant construction begins.

The company ranks fourth in terms of the volume crude oil production on the local level after Khalda, Petrobel, and Gabco.

When will Agiba contribute to gas production in its concession area in the Western Desert?

For the first time in the company’s history, we will begin producing about 20m cubic feet of gas per day from both the Amry field. We will also begin producing from some of the smaller, recently discovered fields by the end of 2015.

Will the company establish a treatment plant for gas produced in the Amry plant?

Yes, a plant will be established to treat approximately 20m cubic feet of gas daily through an investment of $80m.

Companies were able to bid to establish the treatment plant, and the tender will be awarded this month in order for implementation to begin.

The implementation period will last approximately 13 months and will be completed before the end of 2015 so that natural gas production may be initiated.

Al-Bahr pointed out that new facilities will be added in the case that gas production rates reach more than 20m square feet.

What are the company’s concession areas?

Agiba has five concession areas: Zarif, Faras, Ramal, and Ighar. They, along with the Maliha field, produce crude oil only, and it is the only area in which gas and oil can be produced. They are all located in the Western Desert.

We have carried out 45 development wells and drill 10 new exploration wells for the current fiscal year through an investment worth approximately $357m.

As for the ten exploratory wells, nine among them deeper than 15,000 feet, digging a well takes 2-3 months’ time and requires approximately $3.5m per well.

The company is continuing to work to increase production, and is committed to its production plans. The company is starting to prepare an action plan for the next two years for its fields in the Western Desert.

We will soon begin the search for shale gas in Maliha, close to Khalda Petroleum Company’s work area, and we will adopt the results gained through the experience.

There is an initial estimate that Egypt has 500tr cubic feet of shale gas and that 100tr feet can be economically recovered, according to a report by the US Energy Information Administration.

Investments will be increased to $357m in the 2014/2015 fiscal year, although the budget has yet to be determined.

We hopee to drill 10 exploratory wells and 48 development wells for next year’s plan in order to increase rude production rates. This will occur through increasing deep well gas production to be higher than that of Maliha as well as improving water injection efficiency in the fields.

The plan is to drill a number of exploratory and development wells in the company’s different areas throughout the next year, among them Maliha, Zarif, Faras, Raml, and Aghar, which boast approximately 300 wells that produce crude oil.

How many excavators are operating in the company’s concession areas?

Are there any studies taking place that focus on increasing oil production rates?

Seismic studies for layers deeper than 15,000 feet are currently being conducted. Right now, we work at a depth of approximately 11,000, and we hope to increase depth in all exploratory wells in the near future to maximise production rates.

Is there a move to apply for the research or exploration bids offered by the government in light of a pile-up of debts to partners?

ENI is interested in the bid for oil exploration offered by the EGPC and will apply. The partner is waiting for the government to pay its dues because it knows well the economic situation that the country faces.

Where is the electricity required by the company’s concession areas brought in from?

We have many turbines for electricity generation in concession areas and all of them operate on natural gas. We have a pilot solar power station in Aghar and are now looking for an intermediate state that allows electricity to be used during different periods.

What is your opinion on solving the energy crisis in Egypt?

If foreign companies are allowed to sell their shares of gas in the local market at prices agreed upon with the buyer, this would contribute greatly to solving the crisis face by the state in providing the gas that the industry requires. The Egyptian petroleum sector has the potential to make great advances and qualify for foreign investments.

What was the total absorptive capacity of the company’s facilities when it was just starting out?

How will gas and oil produced be maximised?

The company is studying a number of projects to maximise the benefit from gas and oil produced in fields alongside its current use in operating turbines to generate the electricity necessary to operate production plant and well equipment, Al-Bahr pointed out.

ENI has not reduced its investments in Egypt, and this comes alongside its participation in a new tender offered by EGPC. ENI doesn’t want its dues now because it knows how the current situation is.

What is the history of Agiba Petroleum Company?

Agiba Petroleum Company is one of the largest companies operating in the oil sector of the Egyptian market. The company was founded by 1981 and is working to develop a number of fields in the Western Desert and Gulf of Suez. The company achieved a production breakthrough over the past two years, said Al-Bahr.

The company succeeded in developing the Amry deep exploration area which was discovered in the 2011/2012 fiscal year by drilling 11 wells. This brought the field’s total production to 27,600 barrels of oil per day. The North Roza field was discovered in the Ras Qattara layer, which produces 500 barrels of oil per day in addition to the Alm Buwaib and Khtataba layers, according to Al-Bahr.

Agiba launched the ‘Polymer’ project which is being implemented for the first time in Egypt to develop the Aghar area for heavy oil. Production rates have approached 6,000 barrels of oil per day.

Implementing the project throughout the current fiscal year will help the company to achieve an annual production rate of 19.1 million barrels of oil through the end of 2014, said Al-Bahr.

The company’s total production since the start of its activities through April 2014 amounts to approximately 402.3 million barrels of oil.