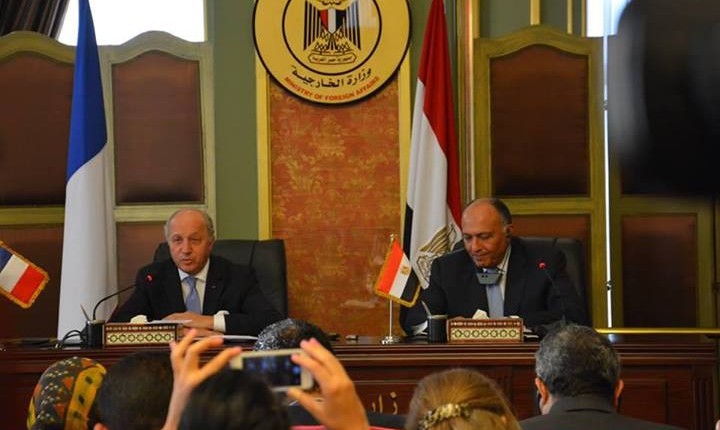 Hamas said there are Qatari-Turkish calls, in cooperation with Egypt and other international parties, to “bring an end to aggression on Gaza”, as Israel continues to justify its ground operation in the strip.

Osama Hamdan, who is responsible for external affairs in Hamas, said in a statement on Saturday that the Egyptian initiative was not in the interest of the Palestinian people and that there “was no serious initiative for us to accept or reject”.

“There was an initiative in the media and we as Palestinians do not accept initiatives that appear in the media. Political calls are currently being made,” Hamdan said, adding that there are international movements and contact with Turkey.

Hamas had rejected the Egyptian proposal last week, saying it was not officially approached to participate in the agreement.

Egyptian Foreign Minister Sameh Shoukry said on Friday that the Egyptian initiative still offers the full chance to “end fighting, stop Palestinian bloodshed, lift the siege on the Gaza Strip by opening the borders” and the create the framework to hold negotiations on the concerns of both parties.

“We hope it is accepted by both parties to bring an end to military operations and the destruction the Gaza Strip is being subjected to,” Shoukry added.

Shoukry made his statements during a joint press conference he held with French counterpart Laurent Fabius, who visited Egypt Friday. In response to media’s questions on a Qatari-Turkish initiative, Shoukry said he has not seen the text of any other initiative and said that the Egyptian initiative remains the initiative that has received backing by the Arab League and the international community.

Fabius said France backed and continues to back the Egyptian Initiative, stressing the necessity of ending fighting.

Iran has also moved to make contact with involved parties. Shoukry received a phone call from his Iranian counterpart Mohammad Javad Zarif, in which Shoukry explained in detail the Egyptian initiative and called on Iran to support it. Head of Hamas’ political bureau Khaled Meshaal received Thursday a call from Iran’s Chairman of parliament Ali Larijani, who expressed Iran’s “confidence that the [Palestinian] resistance will prevail,” a readout provided by Hamas said.

On 7 July, Israel Defense Forces (IDF) launched a military operation against the densely populated Gaza Strip “to stop Hamas rocket fire at Israel”. The IDF claims that since, over 1,600 rockets were fired from Gaza into Israel. Human Rights Watch said on Wednesday that Israel delivered more than “500 tons of explosives in missiles, aerial bombs, and artillery fire” on Gaza, home to 1.8 million people.

A short humanitarian pause held on Thursday only lasted a few hours and fighting resumed again. However, violence escalated later that day when Israel launched a ground invasion with the aim of destroying “Hamas’ underground tunnels, [which] are made for kidnapping and murdering Israelis”. Meanwhile Hamdan said the aim of the ground operation is to “target civilians”.

During a phone call with Israeli Prime Minister Benjamin Netanyahu on Friday morning, Obama reaffirmed his strong support for Israel’s right to defend itself, a White House statement said. “No nation should accept rockets being fired into its borders, or terrorists tunneling into its territory,” Obama said.

Obama added however, that the US and its allies are deeply concerned about the risks of further escalation and the loss of more innocent lives.

“Although we support military efforts by the Israelis to make sure that rockets are not being fired into their territory, we also have said that our understanding is the current military ground operations are designed to deal with the tunnels,” Obama said, adding that he is hopeful that Israel will continue its to approach “in a way that minimises civilian casualties”.

As of Saturday afternoon, the death toll from the fighting that began on 7 July stood at 336, of which 3 are Israelis and the rest are Gazans. The Israeli fatalities are two civilians and one soldier. As of Friday, It was estimated that at least 193 of the Palestinian deaths were those civilians.