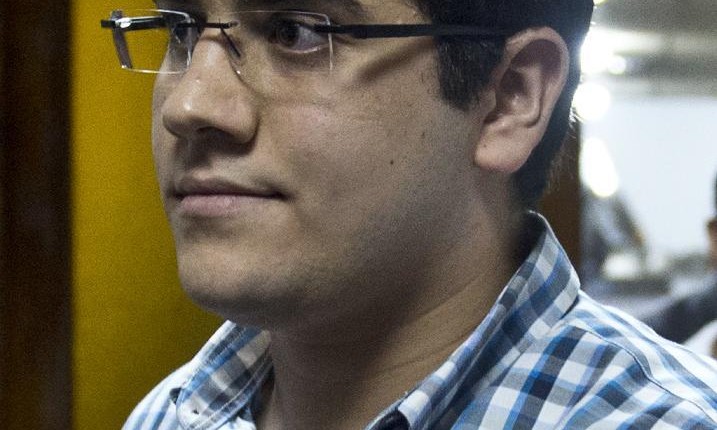 Abdullah Morsi, the youngest son of ousted president Mohamed Morsi, was arrested Friday morning from a train station south of Cairo, where security forces allege he was trying to flee the country after being sentenced in absentia to one year in prison on charges on hashish possession.

The 19 year-old Morsi was attempting to board a train to Upper Egypt on Friday when he was detained by security forces. He was considered a fugitive.

On 3 July, a year to the day after current president Abdel Fattah Al-Sisi announced then-president Morsi’s ouster, 19 year-old Abdullah was sentenced to a year in prison with hard labour and fined EGP 10,000 for drug abuse.

Morsi, however, was tried in absentia, and will have the opportunity to appeal his sentence.

A friend of Morsi’s son, who was arrested along with him, received the same sentence.

Abdullah Morsi and his friend were arrested on 1 March, after they were reportedly found in possession of two cigarettes containing hashish, state media had reported.  The pair was found in a car parked on the side of the road and were brought in after security forces inspected the car. After the incident was referred to prosecution, prosecutors charged them with possessing hashish for the purpose of using it.

Mohamed Morsi, who was arrested after his 3 July ouster, has been in prison ever since. He is currently a defendant in four trials. Among the charges levied against him are escaping from prison and espionage.