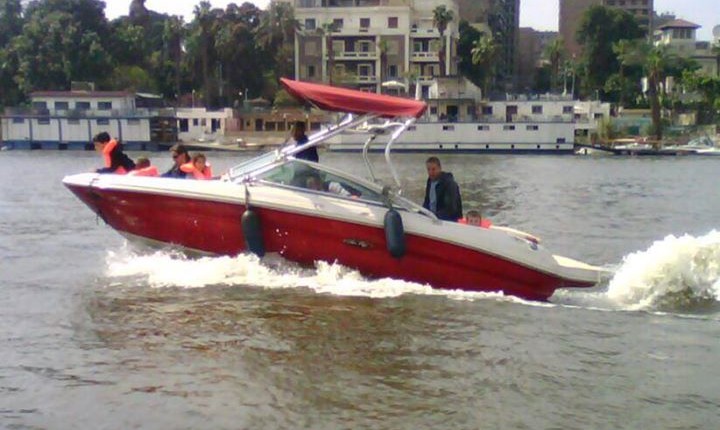 He added that the taxi units will be of various sizes, ranging from units that can accommodate 10, 20, and up to 33 passengers. Manufacturing costs range between EGP 100,000 for a 10-passenger taxi to EGP 1m for a 33-passenger taxi.

Al-Sabh explained that the river taxi units will operate for no less than 18 hours per day, and that they will be equipped with night vision devices, radar, and GPS as well as taxi and passenger insurance. The taxis will also boast air conditioning, WiFi internet, and satellite television.

He said that the idea of a river taxi was born out of the intense automobile traffic experienced on the road east of the Nile between Shubra and Helwan, in addition to the proliferation of environmental pollution as a result of vehicle exhaust.

Al-Sabh said that bureaucracy, and outdated labour laws led to delays for CNS to utilise a grant from the World Bank for $20m in the 1990s to develop waterway tourism in Upper Egypt and tourist cruises in the area.

The River Transport Authority is considering the possibility of issuing an experimental operating license for river taxi activities in cooperation with other government bodies involved with Nile River navigation. One of the companies operating in the river taxi sector asked to be granted licenses to practice activities experimentally for one year by utilising the ports of one of the Nile clubs in Maadi.

Engineer Samir Salama, chairman of the Central Administration for Maritime Affairs at the River Transport Authority, said in previous statements that a river taxi plan will have an indirect positive impact on the poor or citizens with limited incomes who use public transportation, because roads will be cleared of private cars and taxis.

There will be direct benefits for the environment as air pollution will be reduced and subsidised fuel consumption will decrease, he argued, and costs for road maintenance will also dwindle. The project targets rich and middle class citizens who use private cars or taxis in Cairo’s streets, especially along the Corniche to travel to specific locations along the waterway from Aga-Khan, Shubra and Helwan.