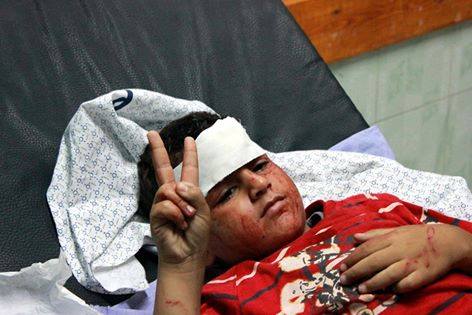 The Palestinian death toll exceeded 500 by Monday morning while Israel started to count its dead in double digits, after two weeks of the beginning of Israel’s military operation in the Gaza Strip.

Gaza’s health ministry spokesman said 509 people had died as of Monday morning as bodies continued to be pulled from underneath the rubble across Gaza, in Al-Shuja’iah, Rafah, Al-Nusayrat, Al-Zaytoun and Al-Karama. Over 3,100 Gaza residents have been injured.  Thumps could incessantly be heard and smoke clouds billowed over Gaza’s sky as the Israeli military continued its air, naval and ground strikes.

The Israel Defense Forces (IDF) announced that it lost 13 soldiers during military operations in Al-Shuja’iah neighbourhood, which brings the total death toll on the Israeli side to 20, including 18 soldiers and two civilians.

The densely populated Al-Shuja’iah neighbourhood, in eastern Gaza is home to 92,000 people. At least 74 people died in this neighbourhood alone due to intensive IDF operations there, which took place hours after Israel vowed to expand its ground operations.

A resident of Al-Shuja’iah, Assem Al-Nabih said “no words can describe the massacres that are taking place here in Al-Shuja’iah. Dozens of civilians were injured and bled to death and ambulances crews are unable to reach them.” Al-Nabih added that overnight, Israel started another round of heavy bombardment of Al-Shuja’iah, involving military aircrafts and artillery fire, which are “flattening people’s homes in an unprecedented way.”

A report by the United Nations Office for Coordination of Humanitarian Affairs (OCHA) on the emergency situation in Gaza as of Sunday afternoon stated that Al-Shuja’iah has “been subject to the most intense artillery shelling and airstrikes recorded since the beginning of the emergency.”

The IDF has defended its actions in Al-Shuja’iah. It claims that Hamas uses the neighbourhood as a “fortress for its weapons, rockets, tunnels and command centres.”

A video attributed to Hamas’ military wing, the Ezzedine Al-Qassam Brigades, surfaced on Sunday night showing a masked man claiming to have kidnapped an Israeli soldier. However, Israel’s UN Ambassador Ron Prosor was cited by Reuters as saying that no Israeli soldier was kidnapped.

The ongoing violence is straining already harsh conditions in the strip, which has been under siege since 2007, when Hamas seized it. Al-Nabih said there has been no electricity where he lives for four days and as a result, water supply has been cut.

Al-Nabih added that families are fleeing their homes because of the bombardment to homes of relatives, “thought to be safer.”  He said those who have nowhere to go have sought shelter in hospitals and schools.

It is estimated that half of Al-Shuja’iah’s residents fled after the intense Israeli military action in the area, which drastically raised the total number of internally displaced persons to more than 100,000, according to the latest OCHA report.  At least 83,000 of them have sought shelter in more than 60 United Nations schools.  The OCHA report states, “the scope of displacement is expected to increase rapidly as the ground operations continue.”

Israel launched a military operation in the Gaza Strip on 7 July in order to stop “Hamas rocket fire into Israel.” On the night of 17 July, Israel escalated its action when it launched a ground operation.  Israel’s stated aim of the ground operations is to “destroy Hamas’ underground tunnels,” which Israel says are made “for kidnapping and murdering Israelis”.  The IDF claimed it has found 10 openings to tunnels in Al-Shuja’iah.

The United Nations Relief and Works Agency called on Monday for a ceasefire and for respect of international law. The Under-Secretary-General of OCHA, Valerie Amos posted to Twitter on Sunday, “humanitarian crisis in Gaza escalates. Civilians [are] bearing the brunt. So many children killed. Violence has to stop.” Sunday is believed to have been the deadliest since the start of the IDF’s military operation in Gaza.