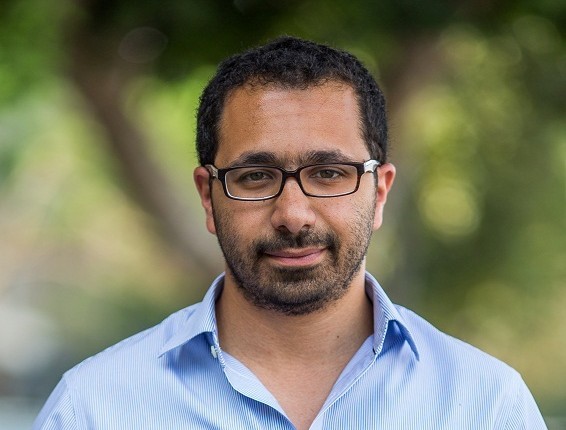 How’d they do it? How did Israel manage to bombard civilians with impunity and convince so many to stand silently by or even offer their endorsement and secure the support of many of their citizens who cheer on the attacks and encourage the Israeli military to go further?

Many in Egypt are rightfully horrified by what is taking place in Palestine these days. Once again, the people of Gaza are being subject to brutal aerial bombardment and already hundreds have been killed. Once again, the world speaks disingenuously about avoiding civilian casualties and once again Israel’s right to defend itself is used to justify its decision to ruthlessly shoot with heavy artillery into an open air prison whose border exits are sealed while it cynically asks Gazans to “evacuate”.

Understandably, as Egyptians who are neighbours with Gazans, we are horrified by the crimes committed by Israel against them and many of us wonder aloud how is it possible that the world could remain silent as this happens? How could countries that claim to believe in human rights tolerate or even befriend a country which does such things? Why would they continue to give them aid and arms when they exhibit such behaviour?

These are all legitimate questions that need to be asked. Sadly, as Egyptians we’re very capable of answering these questions. Less than a year ago our government launched a brutal attack on a sit-in. In one day nearly 1000 people were massacred at the hands of our police. We were told the protesters were given warning, not unlike Israel’s insistence that it calls people to evacuate their homes before bombing them. Gazans have been told to evacuate and most sensible people ask, to where? The authorities claimed protesters were given safe passage out of Rabaa Al-Adaweya Square but the government’s own human rights commission has explained that these passageways were also under government fire and dangerous to use.

How, one wonders, could the Israelis accept that their government commits these crimes? In precisely the same way that so many of our fellow countrymen accepted an even more brutal massacre quite recently. The government has told the Israelis they are fighting terrorists. I’m sure we still remember what the protesters were called in the media in Egypt.

Some of us were particularly shocked by images of Israelis pulling up lawn chairs and watching the bombing as though it was some sort of open air live theater. It was indeed a disturbing sight to behold. Another event that disturbed me was when ONTV decided to replay images of the Rabaa massacre to the victorious music from the film “Rocky” in some sort of twisted celebration of mass murder.

Remember how you felt this past week and remember again how you felt last August. Remember all the condemnations of the US considering restricting military aid for Egypt while you demand they do precisely that towards Israel. The US is no moral authority in this world. It is the world’s largest arms seller and has a great deal of blood on its hands. At the same time we should remain aware of hypocrites in our society who denounce the US government’s decision to arm a nation that engages in war crimes while simultaneously attacking that same government for considering restricting arms sales to a state responsible for one of the largest massacres in modern human history: Egypt.

The sad truth is that humans are capable of tolerating and accepting remarkable levels of brutality. The kind grandmother can in the right circumstances casually justify sectarian murders during a civil war. An otherwise sweet and generous uncle can order his subordinates to open fire on unarmed civilians at a protest. Humans’ capacity to compartmentalise inhumanity is a consistent phenomenon in human history. That is why it is so important to be so vigilant and stand against any and all dehumanising discourses. You are not inherently better than anyone. Maintaining your decency isn’t simply a product of good genes or good parents, it’s a product of regular effort. It is, in times of crisis, a truly difficult thing to maintain.

How’d they do it? Much the same way we did.

Timothy Kaldas is a Professor of Politics at Nile University. You can follow him on Twitter at @tekaldas.