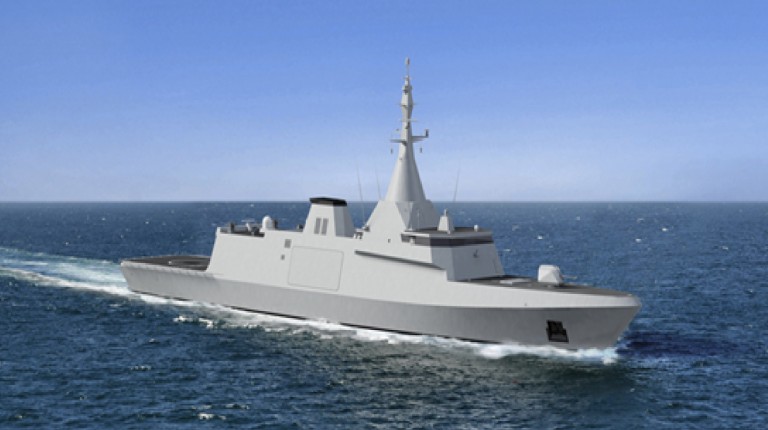 The defence ministry has placed an order with French defence contractor DCNS for the supply of four warships for the Egyptian navy, an industry source close to the deal said Monday.

“The Gowind 255 corvette [frigate] chosen by the Egyptian navy is a first-rank armed vessel with a displacement of 2500 tons, equipped with a multi-mission combat system,” the source said. “These vessels respond perfectly to the needs of the Egyptian navy to deploy a modern fleet capable of carrying out a range of missions – from protection of sovereignty to combating terrorism and illegal trafficking.”

Egypt is only the second foreign customer to order this class of corvette from DCNS, after the Royal Malaysian Navy.

According to the industry source, the deal would comprise “the provision of four vessels, three of which will be produced at [the port of] Alexandria. Training will be provided by engineers and technicians of the Group for the production of their ships.”

DCNS, a centuries-old naval contractor and one of Europe’s top shipbuilders, is majority (75%) owned by the French government, with offices and subsidiaries in Paris, Toulon, Italy, Greece, Saudi Arabia, and elsewhere.

Reuters reported the deal Saturday, citing a French diplomatic source who put its price-tag at €1bn ($1.35bn) and said it had been finalised last month. The sale marks France’s first “big deal” since the sale of Mirage fighter planes “about 20 years ago”, Reuters quoted the diplomatic source as saying.

Egypt’s relationship with traditional foreign military partners has been rocky following the July 2013 ouster of former president Mohamed Morsi. Following a partial suspension of the delivery of US military aid in response to Egypt’s crackdown on opposition in late 2013, the latter held a series of high level talks with Russian defence officials, garnering speculation over a potential arms deal with Russia, with one Russian newspaper reporting a $3bn contract. Egypt’s foreign ministry denied than any such deal was in the works. In January 2014, US Congress allocated $1.3bn for Egypt in the coming fiscal year, with $572m released in June.

The French deal comes just over a month after France and Egypt’s navies concluded joint naval manouevres codenamed “Cleopatra” in June near the southern French port of Toulon – the first to be held in French waters in 25 years, according to the State Information Service.  Several French frigates were included in the exercises.

According to the French Embassy in Cairo, the exercises form part of a broader Franco-Egyptian military coordination, operating under the framework of a joint commission responsible for planning an average of 70 “actions of cooperation” per year between the two forces.

Coordination also extends to the Commission Military Armament (CAMAS), the 13th meeting of which was held in Paris in January 2013.

The Egyptian armed forces are equipped with an array of French military hardware, including Mirage and Alphajet fighter planes, Gazelle helicopters, and communications equipment. France also offers training at its military academies to several Egyptian officers every year.