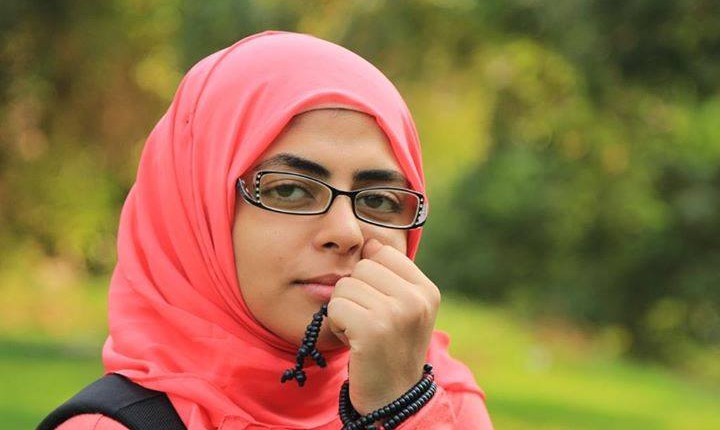 After Asmaa Hamdy was arrested while walking past a protest at Al-Azhar University and sentenced to serve five years in prison she could have grieved and given up.  But, instead, she launched a business making and selling handbags from prison.

Hamdy, a third year dentistry student, started the handbag line, called “Made in Prison”, in May after she was convicted in February of “preventing other students from attending exams”, and assaulting a police officer and taking EGP 200 from him, among other charges.

She was on her way to an exam in December when police took her in. She was one of five women arrested that day during demonstrations protesting the ouster of former president Mohamed Morsi. Since Morsi’s ouster, at least 286 students at Al-Azhar University have been imprisoned and more than 250 have been expelled, according to the Association for Freedom of Thought and Expression. Six students died during clashes between protestors and security forces.

“She was about to be a dentist,” said Ibrahim Ragab, her fiancé. “She was sent to prison with no evidence, the charges are not even logical.”

Hamdy started the project to show that oppression will not “break her” or stop her creativity, he said. The project’s purpose in not to generate money, but to prove that those who were “unjustly detained will not stop living”.

With no previous experience, Hamdy taught herself to crochet with the help of some of her fellow political detainees at Al-Qanater Prison.

After making some scarves, bags and pencil cases for family and friends, Hamdy started to mix and match colours to create “Made in Prison’s” first batch of 11 bags in May. With the help of her friends and family, the entire batch was sold in less than a month. The Facebook page run by her family, which has more than 8,000 fans, shows photos of Hamdy’s exquisite bags, decorated with small ribbons and accessories.

A month after she launched the project, Ragab said prison wardens and criminal prisoners attacked Hamdy, along with some other female political prisoners, and beat them with sticks.

Despite being accused of committing crimes in Cairo, the group was then moved to Damanhour Prison in Al-Beheira, where Hamdy met the Alexandrian lawyer and activist, Mahienour Al-Massry and told her about “Made in Prison”.

Al-Massry, who was convicted of breaking the Protest Law, reached out to her network spreading the word about the project.

“Now we have more than 40 bag orders,” Ragab said. “Asmaa will deliver them to us next time we visit her.”