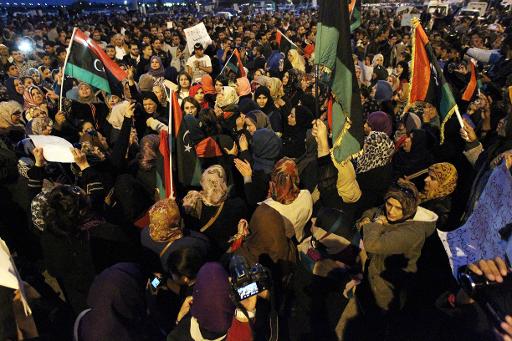 Egypt’s Ministry of Foreign Affairs condemned “in the strongest words” on Sunday the shelling of a Tripoli home housing Egyptian workers, which led to the death of 23 Egyptians.

The shelling comes amid intensified fighting between Libya’s rival militias, which has thus far left at least 97 killed in the capital, according to the Libyan health ministry.

Egypt’s foreign ministry described the fighting as “chaotic” and “inhumane”, calling on the Libyan authorities to quickly investigate the “atrocious” incident and notify it with the identities of those responsible.

The ministry said it is in close contact with Libya, especially the ministries of Interior and Foreign Affairs, to accurately identify the death toll and ship the bodies of the victims back to Egypt.

The foreign ministry called on all Egyptian nationals residing in Tripoli or Benghazi to evacuate immediately to safer areas within Libya or to the borders with Tunisia “to preserve their lives from this chaotic, domestic fighting”. The Egyptian consulate has dispatched a team to the Tunisian borders to facilitate the return of Egyptian nationals.

Heavy fighting has dominated Tripoli and Benghazi for the past two weeks, with at least 32 killed in clashes between Islamist militias and Libyan special forces in the eastern city of Benghazi, according to the Libyan health ministry.

Militias from the city of Zintan loyal to Haftar have gained control over the Tripoli international airport, prompting heavy fighting with Islamist brigades.