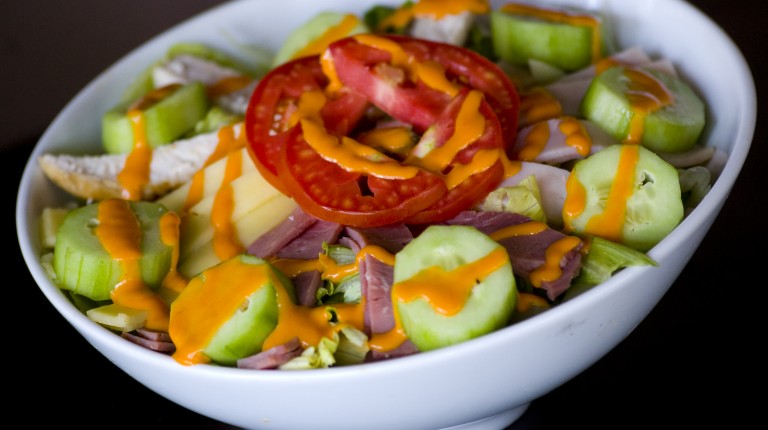 A plethora of research has demonstrated a strong link between low socioeconomic status and obesity. But in Egypt, where 70% of the population is overweight, obesity is equally spread among the entire socioeconomic spectrum, according to a study recently published in the Journal of Epidemiology and Global Health.

One of the reasons behind the spread of obesity is the “nutrition transition,” a change in nutrition patterns as a result of globalization of food habits and urbanisation, according to the study. Low-income countries are earlier in the transition.

“Fast food culture is spread among the rich and the poor,” said Zeinab Khadr, study co-author and Senior Research Scientist at The American University in Cairo. “You can see the type of packaged snacks students have in both public and private universities.”

The Egyptian market promotes unhealthy eating, she said. All classes rely mainly on processed food, while healthy snacks are difficult to find. Salads and “relatively healthier options” are usually offered along with cream and fattening dressings, she said.

“Food that’s labelled as organic is unaffordable even by the middle class,” she said. “Even this is usually processed.”

As the pace of life speeds up, many women who might have once cooked meals at home now order “home-made food” from caterers, she said. Most social activities involve eating, she said.

“If you meet your friends 2-3 times a week then around half of the food you eat is junk,” she said.

With the increased risk of chronic diseases as diabetes and heart diseases, many people try to lose weight by dieting. However, the “diet industry” does not solve the problem, Khadr said.

“Most of the plans offered by diet clinics are unrealistic,” she said. “Diet” food is usually expensive. Hence, it is harder for people to sustain this nutrition pattern.

Eating fresh vegetables and fruit is the best snacking option, she said.

“We don’t eat them that much in the city,” she said. “They are not even included in subsidised food products the government offers.”

Excercise is not common among Egyptians – especially women, she said.

Young boys play football, but activities offered for girls are mostly arts and crafts that don’t involve much physical activity, she said.

Some people think they have to go to a gym or a club to exercise, but a daily walk in the neighbourhood is a step towards a healthy lifestyle, she said. Instead of having breakfast in her “dark apartment,” a mother can take her children to any small in the street or square nearby and enjoy the sun while they play.

But as gated communities that are only available to limited classes are taking over the city, exercise has become harder, she said. Some neighbourhoods lack public space that could be used even for walking. The number of parks is not enough, and much of the spaces around the Nile, that were a common place for walking open for everyone, were bought by cafes and restaurants that contribute in the spread of an unhealthy lifestyle, she said.

“Public space is commoditised for the elite only,” she said. “It‘s like torture walking by the Nile nowadays.”