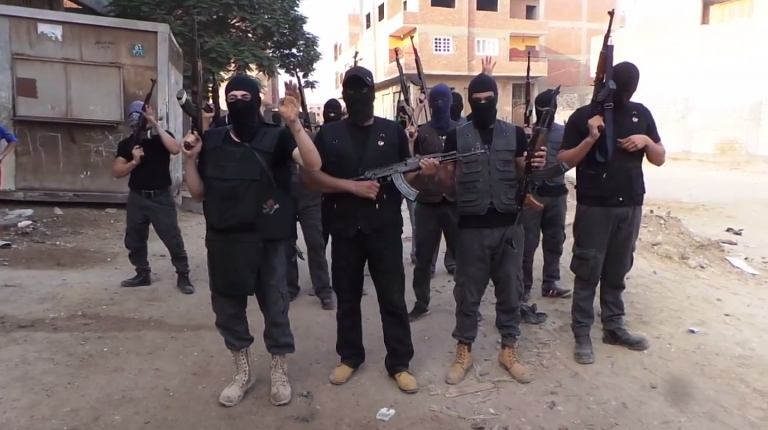 The Ministry of Interior will investigate a video of a group threatening security forces with violence saying they are “fed up with the peacefulness of the [Muslim] Brotherhood”.

The ministry’s media centre confirmed that a committee is being formed to analyse the footage released on 14 August.

The video features a dozen men holding what appear to be firearms; one of the men speaks directly towards the camera, delivering the group’s statement as pedestrians walk by in the periphery of the frame.

The group, who has limited its threat of violence to the “interior ministry in South Cairo”, stood holding a weapon in one hand with the other showing four fingers, a sign to show solidarity with the Rabaa Al-Adaweya sit-in, which was violently dispersed on 14 August 2013. The “Helwan Brigades” insist they are not members of the Brotherhood.

The video ended with the men chanting: “No peace with the interior ministry” followed by “God is great”.

Security forces have been targeted since the ouster of President Mohamed Morsi last summer. Sinai-based militant group Ansar Beit Al-Maqdis have carried out a number of attacks against the security apparatus, including an assassination attempt on Minister of Interior Mohamed Ibrahim and bombing the Cairo security directorate.