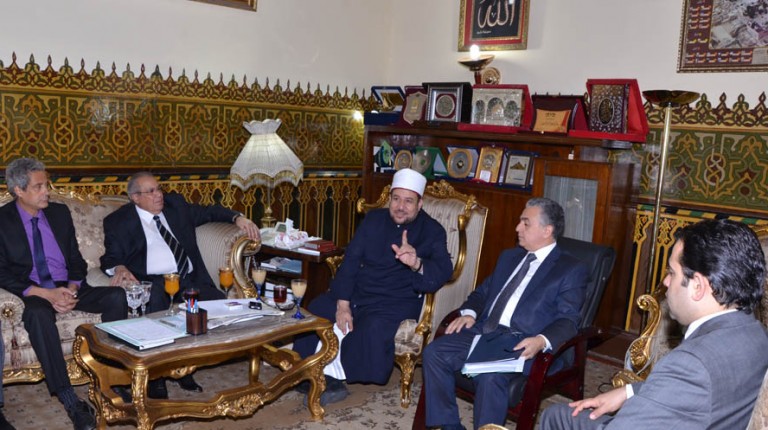 The ministries of Endowment and Culture agreed on Monday a joint cooperation protocol to confront extremism and consolidate “belonging to the country”.

The newly agreed protocol aims to “spread true Islam”, away from extremism or atheism, the endowment ministry said in a statement.

He added that “confronting extremism cannot be done by fighting religiousness altogether”, and that “the best way to curb extremism and eliminate it is by spreading the tolerance of Islam”.

The minister said it is important to communicate the tolerant values of Islam which extremists have tried to distort in recent years, especially to the youth, whether it is in schools, youth and culture centres, fields or factories.

The agreement between the two ministries comes after the endowment ministry and Ministry of State for Youth Affairs agreed on a plan to confront atheism on 6 August.

Ishaq Ibrahim, a researcher at the Egyptian Initiative for Personal Rights, said “atheism is not a crime in the law”.

He added that openly atheist Egyptians have been arrested and tried for contempt of religion but said that this has no legal basis, asking: “Is it the role of the Ministry of Youth to fight atheism?”

In a meeting, Gomaa and Minister of Culture Gaber Asfour said “confronting terrorist organisations is considered a common goal”, adding that they are cooperating to expose the “falsity” of these organisations.

The two agreed on tackling national issues that are agreed upon and avoid disputed issues that the nation cannot “endure” at this difficult stage via lectures and seminars.