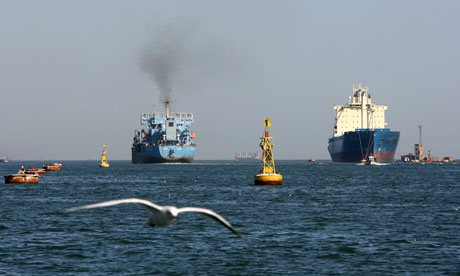 The industrial area is located in the Third Settlement and is already home to 1250 factories, which have been unable to function since the 25 January Revolution.

The minister said that settlements have been reached with the factories in a move that will help restart work at the properties. Concessions agreements for the factories will be adopted and operation licences immediately issued to eliminate impediments faced by project managers within the area,  Abdel Nour said. In the past, the licenses were granted only in the name of the original land owner.

“The ministry and its affiliated agencies are keen on providing full support to small and medium enterprises, as they will form one of the main pillars of economic development in the near future,” the minister said.

Abdel Nour added that the ministry is currently working on setting out a national strategy through a series of workshops with relevant parties and a number of international donors involved. The first workshop will be held during the first week of September as a means to enhance the competitiveness of these projects.

The minister charged adviser Abla Abdel-Latif with studying the problems and obstacles faced by owners of small- and medium- enterprises (SMEs) in the area. The study would facilitate procedures, remove all obstacles to completion of these projects, and put them into operation as quickly as possible.

One of the main issues that has now been solved entails the adoption of concession agreements for factories and the operating licences. The next step will involve confronting other similar obstacles like administrative, technical, and structural issues in the area.