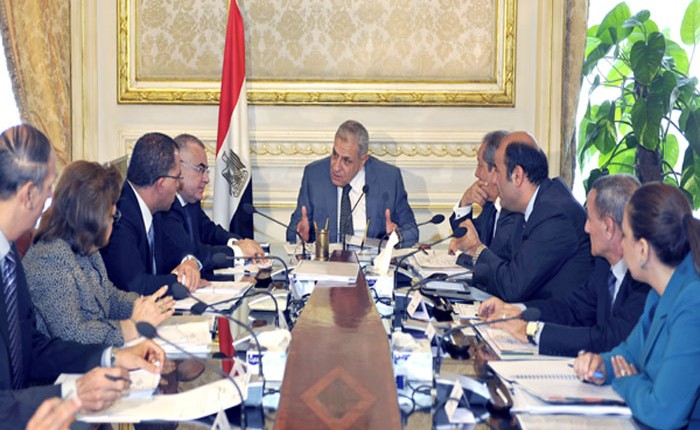 The government has agreed to allow the private sector to participate in the production of new and renewable energy as part of government efforts to remedy the electricity crisis, said Minister of Electricity Mohamed Shaker.

Shaker told Daily News Egypt: “During its meeting late Monday the government agreed to private sector participation in new and renewable energy production,” in accordance with a tariff policy for government purchase of private sector production in addition to a feed-in tariff.

Egypt is facing one of its worst fuel shortages in recent years, with the government unable to supply factories and houses with their power needs, leading to blackouts. The government is currently hoping to find alternative sources to provide electricity and pay its debts to foreign partners for oil well development, a factor that further complicates the situation.

According to Shaker, the cabinet economic group will conduct a financial review followed by a legal study of the purchase agreement between the government and the private sector during its next meeting, before approving the move and making an announcement for investors in the sector.

“We have received bids from multiple companies to produce electricity from solar and wind energy. Investors are feeling positively about investment in Egypt especially after the plan to develop the Suez Canal was announced,” said Shaker, who believes that an appetite for investment in Egypt is growing.

According to a cabinet statement issued on Monday evening, Shaker said that the reasons behind the electricity deficit include natural circumstances, operational issues and a fuel shortage. He pointed out that a maintenance schedule has been set for all power stations across Egypt which also details each station’s fuel needs and the extent of productive capacity that will be recovered. This forms a part of government efforts to regulate electric loads fairly.

Shakir added that coordination has taken place with the Ministry of Petroleum to increase quantities of natural gas, increase pressure on power plants north of Cairo and carry out urgent repairs. This will lead to recovery of 2,560 MW by the end of August, 520 MW in September, and 1,080 MW in October, totaling 4,160 MW.

The minister stressed that units with capacities of 3,350 MW are expected to be added starting in September through the end of 2015. He explained that Ministry of Petroleum efforts are intensifying to provide fuel while electricity ministry employees have recently realised their responsibility, leading to an improvement in the situation over the past few days.

Regarding the policy of easing energy loads during peak usage times, the minister stressed that the process will take place fairly and that no exceptions will be made except for service facilitations, such as hospitals, water and sewage plants, and so on. At these locations, electricity will only be cut under narrow circumstances.

In the same framework, the Minister of Petroleum discussed recent steps taken by the ministry to supply gas to power stations.

During the meeting, Prime Minister Ibrahim Mehleb tasked the Minister of Scientific Research with taking an interest in two crucial issues, namely, new and renewable energy and water desalination.

Mehleb emphasised the necessity of addressing complaints registered at ministry hotlines, and holding officials that are inefficient in their work accountable. “This is a matter of credibility, and we will not deceive people. I will follow up on the matter myself.” He added that it was crucial for various ministries to respond to these complaints under the personal supervision of the minister.