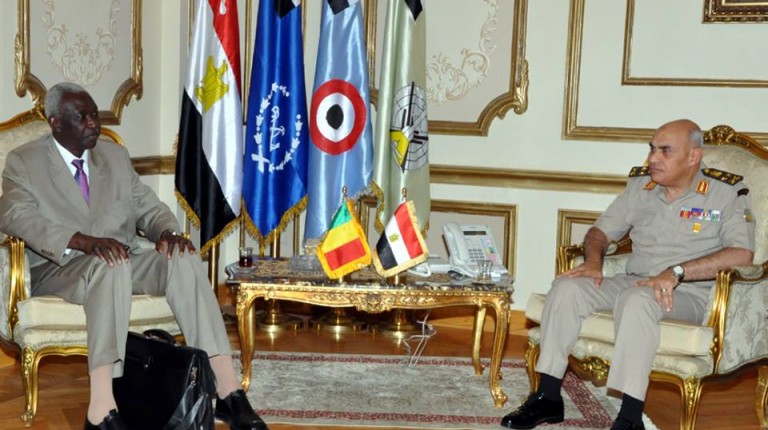 Minister of Defence Sedki Sobhi met Bah N’Dao, the Malian minister of defence and veterans affairs, in Egypt on Monday to discuss the current regional situation and the implications on the security and stability in Africa.

A Monday statement by the Egyptian armed forces read that the ministers discussed ways to strengthen military cooperation between both countries.

Conflict in Mali has been on the rise since the Tuareg, a minority sect in north Mali, staged a rebellion in 2012 aimed at gaining independence for northern Mali, known as Azawad.

Tuareg separatists, backed by Al-Qaeda linked Islamists, staged an insurgency against the Malian government, advancing toward the capital Bamako in late 2012. In early 2013, a French-led military operation, called Serval, intervened and forced  the Islamists to retreat.

Former Malian Defence Minister Soumeylou Boybeye Maiga  resigned in May 2014 after Tuareg separatists defeated the army fighting over control over a key town in northern Mali, leaving the position to Bah N’Dao. The Malian government accused Tuareg separatists of renewing relations with the Islamists.

Mousa Mara, Mali’s prime minister, met with the Egyptian Prime Minister Ibrahim Mehleb on Monday as well to discuss cooperation prospects between the two countries in the fields of energy, industry and trade.