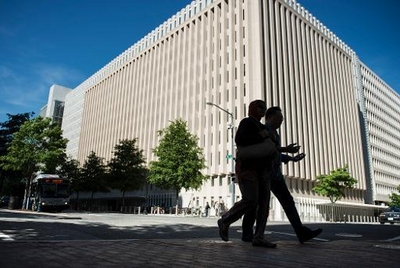 The total in World Bank (WB) funding across 25 projects in Egypt has now reached $5.4bn, according to the WB Country Director for Egypt, Yemen, and Djibouti Hartwig Schafer.

These projects also include a plan to develop a new terminal at the Cairo airport, restructure rail lines, and modernise irrigation at farms.

Within the WB grant system, there are 54 projects totalling $202m.

On Tuesday, the Ministry of International Cooperation signed an agreement with the WB to provide the Egyptian Financial Supervisory Authority (EFSA) and the Egyptian Environmental Affairs Agency (EEAA) with grants worth $4m and $8.1m respectively.

Schafer has said that up to 60% of the WB’s funding portfolio for projects to be carried out in Egypt is directly focused on providing support to energy projects. The funding will be given especially to developing new and renewable energy.

The Egyptian government intends to finalise a five-year plan for WB-financed projects by the end of this year, according to the Minister of International Cooperation Najla Al-Ahwani.

According to Al-Ahwani, the WB has always been a major funder for development projects in Egypt and hopes to continue playing this role. She said that she hopes WB projects will serve Egyptian business development in the coming period, following the development goals set out by the government.

According to Sherif Samy, head of the EFSA, his agency will use the WB grant of $4m to fund small and medium enterprises.

He added that a proposal for a law to finance small and medium enterprises has been put forth by the Cabinet to the Presidency for approval. Samy said that the law would be the first of its kind in this field.

He said he hopes to implement the grant objectives over the next four years, but pointed out that “the goal is not to get money, but what objectives can be achieved and what results come out of them”.

Ahmed Abu Al-Saud, head of the EEAA, has claimed that his agency’s WB-grant of $8.1m will be used to dismantle highly toxic organic material in El-Adabiya port.

“There are 220 ​​tons of lindane in El-Adabiya port, which the government wants t o move through the provision of funds from the grant,” he said.

He stated that these quantities have been in the port for years and believes their analysis will be completed within a year.