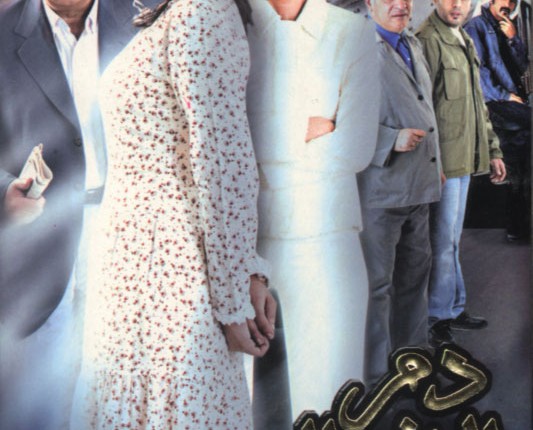 Over a decade ago, Egyptians were shocked one of the terrorists who drove an American Airlines plane into the World Trade Centre on the 11 September attacks was an Egyptian architect called Mohamed Atta.

Thirteen years later, the same shock was repeated when media reported that a young Egyptian, Islam Yaken, was a supporter of the newly established caliphate by the Islamic State in Syria and Iraq.

While Atta was an architect from a middle class family, who travelled to Germany and the US to continue his studies, Yaken is different. He is a former student of the posh French Lycée in Heliopolis, a gym enthusiast, and a university graduate with a law degree, reported to have now engaged in military operations in Syria.

Pictures of the sword-wielding supporter of the Caliphate from a well-off Cairo family were completely different from the pictures Egyptian popular media has been depicting about radical Islamist militants.

While favouring the “security method” to halt the challenge of political Islam, the government also launched a campaign to fight terrorism relying on its media machine, state controlled religious institutions, and education.

During and after this period, many privately funded Egyptian films touched upon the controversial angle of terrorism.

These films “were released in coordinated government campaign against terrorism”, said Walter Armbrust, a Lecturer in Modern Middle East Studies at Oxford University in a study entitled Islamists In Egyptian Cinema.

Sameh Tawfik, writer and director of the Jesuit Cultural Centre’s ciné-club said of the abundance of such films: “The state subjected directors and script writers to the worst kind of censorship, which is self-censorship. Film makers resorted into following the narrative of the state when it came to terrorism so as to avoid being chased down and censored.”

Mahmoud Abd El Shakour, a prominent film critique and vice president at the October magazine, said that indeed films made about the subject brought the government way of thinking into the silver, while unfortunately constructing a stereotype.

However, such films, constructing a segmented narrative shaping the way the complicated issue political Islam was understood by the masses, were heavily criticized for presenting a one sided discourse and creating a stereotype that is very different from Yaken’s.

In 1994, El Erhaby (The Terrorist), directed by Nader Galal and starring Egypt’s popular Adel Imam, the chief protagonist was a young Jihadist hiding from the police after murdering a police officer who allegedly tortured fellow jihadists in prison.

In this film, the main character with a false identity gets involved with an “enlightened secular” upper class family. The film puts effort in focusing on the contradictions between the young man’s “backward” Islamist ideology and the “modern” trend of the family. Eventually he adapts a secular lifestyle, only to be chased down by his old group who eventually murders him.

The 2005 film, Dam Al Ghazal (Gazelle’s Blood), directed by Mohamed Yassin, sheds light on a thug in one of Cairo’s slums who seeks revenge from another thug by joining a jihadist group. Here the main character did not have any Islamist background or learning, but rather committed himself to the cause for selfish reasons. The plot ends with the riot police storming the slum and breaking up the terrorist group.

The controversial adaption of Alaa Al Aswani’s masterpiece, The Yacoubian Building, by Marwan Hamed featured a main character that would turn into a terrorist. He wanted to join the police academy but was rejected due to his underprivileged conditions. He later becomes alienated from his upper class colleagues at university and searches for an alternative, which has been abundant in campuses since the 70s: Islamism.

These depictions argues that Islamism can exist only outside the framework of modernity and civilisation, and that Jihadists are ignorant, naive, sexually frustrated, violent, and unaccustomed to civilian life.

In some cases, as Tawfik argues, poverty was rather a pressuring factor which Islamist groups capitalised on to attract new followers.

He said: “These groups provided what the state could not offer such as a steady income, a job and the marriage facilitations.”

However, Nabil Naeem, former leader of the Egyptian Islamic Jihad militant group said “many of these depictions and studies are flawed as whoever produced them didn’t live with or share the experience of radical Islamists. Of course poverty may have been a reason, but it defiantly was not the reason.”

Naeem, one of defendants in the President Anwar Al-Sadat case, added that many of the prominent jihadists in the world are well-off individuals.

“Bin Laden, a civil engineer came from the wealthiest families in the Gulf. Also, Al-Zawahiri, was surgeon from an upper-class family,“ he said.

When asked about Yaken’s case, Naeem said nowadays jihadists travel from different countries to join the fight for the newly founded Islamic State and to bring back the time of conquests and spreading the message of Islam.

“Similar to the Hippies movements which originated in the US during the 60s, young people refused modern life and preferred to live in primitive, pre societal environment where social restrictions were minimal. The example also applies to young jihadists.”