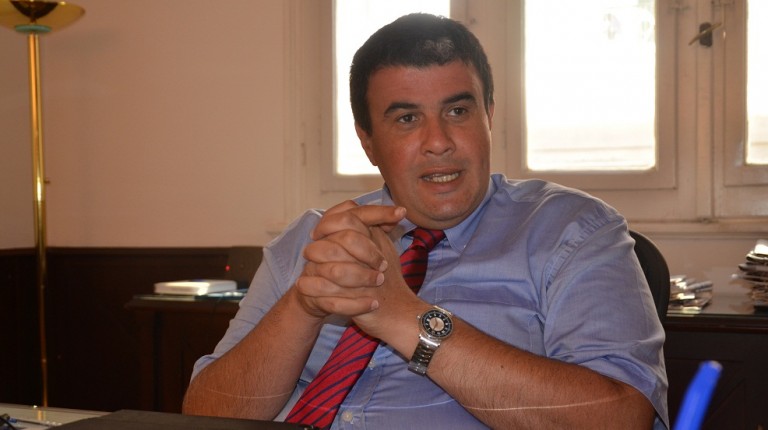 Gras Savoye Reinsurance Brokers recently announced the Arab Insurance Federation Conference, scheduled to be held in Sharm El-Sheikh and attended by a delegation of the group’s representatives in Egypt and France.

What is the volume of revenues targeted by Gras Savoye by the end of this year?

Gras Savoye International was established more than 35 years ago and is located in 40 countries across the world, boasting over 50 branches. What is the company’s expansion plan for the near future?

The Board of Directors recently approved two new branches in Libya and Jordan with a contribution of up to 49% from Gras Savoye. The two branches are set to open as soon as the security and political situation stabilises in the two countries. The company is currently considering expanding its activities by opening branches in Mozambique, Angola and Zambia. The company has recently expanded by inaugurating a number of branches in Eastern Europe and Western Asia in Serbia, Croatia and Georgia, and is about to open a new branch in Kazakhstan. A number of branches affiliated with the group were opened in Western and Eastern Africa in Nigeria, Ghana, Sierra Leone, Tanzania, and Uganda as well. A new branch in Kuwait was opened with a 49% contribution from Gras Savoye Egypt. Egypt forms a regional focal point in the Middle East and North Africa, and the Jordan, Sudan, Kuwait, and Yemen branches are managed through the Egypt branch.

What about the company’s current activities in Egypt?

The company is currently hoping to obtain permission from the Financial Supervisory Authority to provide online services to insurance companies operating in Egypt in addition to other consulting services that the company offers.

The insurance market is one of the rare markets that was positively affected following 25 January, correct?

The insurance market was indeed affected positively by the events that followed 25 January 2011. This fact is evidenced by the high 9% growth rate of premiums achieved in the years of 2011, 2012, and 2013, as the sector did not witness similar growth rates in the years preceding those events. The increase in the volume of premiums goes back to the state of fear to which citizens and business owners were vulnerable during the revolution, prompting them to increase demand for insurance coverage. Insurance companies met those needs in the form of new insurance products and this was reflected in the increase in their insurance portfolios. However, these events had a relatively negative influence on some insurance branches—naval and engineering insurance, for example—following the stoppage in industrial and commercial activities associated with these sectors.

How will the Suez Canal project affect Egypt’s insurance market?

The Suez Canal project will have a positive impact on increasing the growth of insurance branches during the coming period due to the project’s insurance coverage needs, whether these are in the field of property or persons or the equipment and factories that will be established in the region, in addition to insurance for those working on the associated projects.

What are the biggest obstacles that the insurance market in Egypt faces?

A lack of focus on expanding individual insurance is one of the main problems witnessed by the sector as a result of companies’ marketing shortfalls in promoting personal coverage like homeowners’ insurance. The Egyptian market remains in need of various types of personal insurance coverage, such as alternative salary coverage in case of loss of employment or individual medical insurance.

Compulsory insurance must be expanded not only in its capacity as a source of revenue but as one of the main factors behind the development of an insurance consciousness. Implementing compulsory insurance will incentivise customers to purchase other types of insurance, which will help increase companies’ premium portfolios and increase growth rates for all insurance branches.

Regulatory legislation carried out by the Financial Supervisory Authority must allow for the establishment of professional unions in the insurance sector for brokers, actuaries, and inspectionexperts. This will have an important role in developing the insurance industry and providing a group of marketing and legislative solutions that hinder the sector’s growth.

The amendments that the authority seeks to approve encompass Law 10/1981, as foreign companies should not be allowed to broker insurance on the Egyptian market without providing protection in the form of development fees. Those companies do not bear the same fees borne by broker companies operating in the Egyptian market that are licensed by the Financial Supervisory Authority.

What about micro insurance?

Micro insurance has been vital to insurance companies in recent years with many advantages, including its suitability for insurance company portfolio capabilities. This will help contribute to an increase in expansionary activities in the Egyptian market as a result of high rates of uninsured small enterprise owners, like middle-class workshop or grocery store owners.

The expansion of micro insurance will also help increase insurance awareness, which remains the most prominent obstacle faced by insurance companies. Many Egyptians know nothing about insurance and its importance from their beginning stages through university, excepting graduates from business or technical schools.

What do you expect in terms of changes for the insurance market in the future?

The insurance sector will witness various mergers in the coming years similar to those experienced by some Arab markets in the recent past and especially in the UAE. The mergers have contributed to an increase in the proportion of global insurance underwriters in the Dubai market to 40%. The number of broker companies operating in the sector currently exceeds the market’s needs, and as a result most of the companies are simply personal portfolios managed by a legal entity representing the company. Approximately five companies have high quality insurance portfolios and are expecting the near future to witness a range of mergers among themselves in order to for them play a larger role in the insurance process.