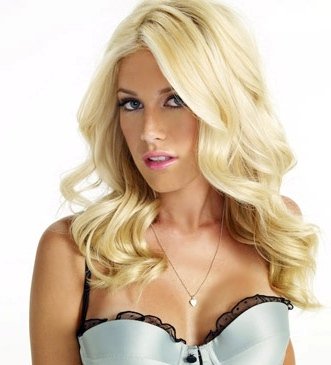 His examination was recently published in a book “Global Issues and Ethical Considerations in Human Enhancement Technologies”.

Lunceford discusses cosmetic surgery from the perspective of “posthumanism”, which suggests that body defects can be overcome by technology, in an “increasingly visual society” where beauty “may seem only skin deep”.

The author brings cosmetic surgery back to four ethical dimensions: the individuals taking the decision to undergo these procedures; medical professionals who promote and perform them; media structures advertising them; and the public who approve of such procedures.

More than 23m cosmetic surgical and nonsurgical procedures were performed worldwide in 2013, according to the International Society of Aesthetic Plastic Surgery (ISAPS). Of these procedures, 87.2% are undergone by women, with breast augmentation and liposuction the most performed procedures.

Egypt ranks 19th among countries with the highest estimated number of plastic surgeons, according to ISAPS.

The global culture puts women in an “unenviable position” of choosing between surgically enhancing their bodies and “mattering at all in society”, according to the book.

In the 2008 elections, Hillary Clinton was the only presidential candidate whose looks were a topic raised in discussions, said Lunceford.

“Unfortunately there is the cliché that an older man looks distinguished,” she said, “while an older woman simply looks older.”

Judging women based on their looks acts as a strong incentive to fit into “the mould of generally accepted beauty”, he said.

The driving force behind cosmetic surgery, to an extent, is sexuality, he said. Advertisements play on women’s desire to look “attractive”.

“A billboard with a woman wearing a bra with a bow that states ‘Finally, a gift you can both enjoy,’ isn’t exactly subtle.”

Advertising statements, such as “Be beautiful at any age”, “Reveal your true shape”, “Empower yourself beautiful”, or an ad with a woman in a bikini asking “Ready to suit up?” suggest that a woman is not beautiful, but she can become beautiful with cosmetic surgery, he said.

Advertising is one element of “a system” that defines ideal beauty standards, he said.

“I would resist saying that film or ads, or anything else is the cause,” he said, “There is no single vector.”

The author discusses Montag’s experience to illustrate how the general perception about women aging drives them to undergo cosmetic procedures.

“Let’s just say there’s a lot of maintenance. Nobody ages perfectly, so I plan to keep using surgery to make me as perfect as I can be,” the book quotes Montag, “because, for me, the surgery is always so rewarding.”

Just like advertising, film and media, the beauty ideal has become global, Lunceford said. There are cases of women who undergo cosmetic procedures because they do not meet the “prevailing standard of beauty because of ethnic or racial difference”.

Many young Jewish women alter their noses, some Asian women undergo double eyelid surgery to add a crease in their eyelid to get a more Caucasian look, he said.

But the global beauty ideal leaves a margin of “culturally bound” standards among societies.

“There is always some allure of the exotic,” he said, “which may help explain why the ‘big booty’ trend has [been] favoured by African and Hispanic women.”

Florida-native, Shatarka Nuby, 31, died in prison after receiving 10 treatments between 2007 and 2011 to enhance her buttocks, hips, thighs and breasts.  Nuby was serving a two and a half year in prison for opening a fraudulent credit card to undergo breast augmentation. Oneal Ron Morris, Nuby’s practitioner who practiced healthcare without a licence, was arrested and sentenced to 336 days in prison.

Surgeons are a part of the system promoting “a culture that pathologises the body,” according to the book. Some patients come out of clinics with cosmetic procedures they had not even planned for just because their surgeon suggested that they have a certain flaw.

“The surgeon has a financial interest in the patient believing that there is something wrong with their body, even if it is within normal range,” said Lunceford. “There is nothing ‘wrong’ with a B cup breast.”

The ethics of some surgeries such as labiaplasty, where women get parts of their genitals removed, are questioned, he said. Surgeons operate on patients with healthy tissues only because they think  their genitals “look weird”.

“People in the West look at the practice of Female Genital Mutilation with horror while accepting labiaplasty for aesthetic reasons,” he said, “when there are definite similarities.”