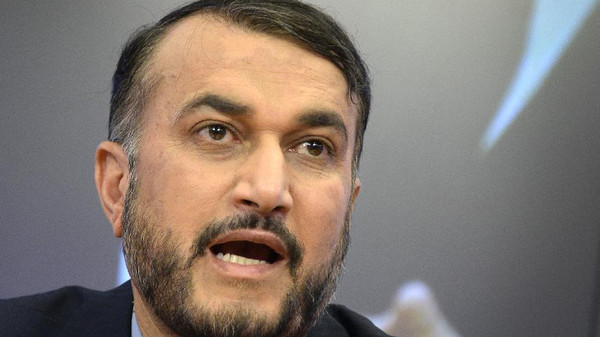 The Islamic Republic of Iran welcomes the expansion of its relationship with Egypt, the Iranian Deputy Foreign Minister for Arab and African countries, Amir Abdollhayan told and Egyptian media delegation.

During a Sunday meeting, the Iranian official said that his country’s strategy towards Egypt is based on history, according to an Iranian foreign ministry statement. He added that he believes that Egypt’s civilisation and religion makes it an important country in the Arab and Muslim world.

“Iran is keen to see Egypt as a stable country, unified and developed by itself, observing the history of this country in the Arab and Muslim world,” Abdollhayan said. “Egypt has the capacity to take that role once again.”

Abdollhayan said that the presence of political parties, groups and political factions are important for the peaceful process of developing the country’s stability and security.

He referred to his recent trip to Cairo to take part in the swearing-in ceremony of Egyptian President Abdel Fattah Al-Sisi. “In this short meeting, it was confirmed that the strategic view of Iran towards the people and country of Egypt is as a civilisation based on history and culture,” he said.

Al-Sisi said that he welcomes Iran’s approach, according to the Sunday statement.

The minister also said that Iran wants to see Egypt’s government and people move past the current challenges and situations to establish the country’s role within international and regional issues.

However, the spokesperson for the Egyptian foreign minister, said that there are no meetings planned between the two countries soon.