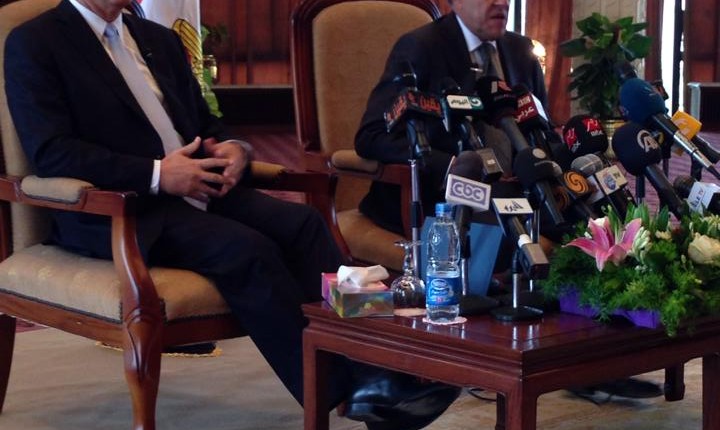 Azevedo added that the new project will help stimulate and reduce the cost of trade in the region. He said the project is very important for the trade integration between countries, “and here it is deemed an active element in developing Egypt”.

When asked about his opinion regarding the project’s fund collection methods and the government’s ability to conclude the project in one year, Azevedo said: “The project will face challenges like any other megaproject related to ways of financing, political decisions and investments and implementation decisions.”

Azevedo stressed that the Egyptian government is working on solving the challenges, mentioning the World Bank’s participation in the project through consultancy work.

Azevedo made Cairo his first stop on a series of visits to follow up on the developments of WTO’s Bali Trade Facilitate Agreement, agreed upon in December 2013 at the Bali Ministerial Conference.

During the conference, Abdel Nour said the Bali agreement is currently facing a crisis which may lead to its failure, as India has changed its stance towards the facilitation of trade, demanding a renegotiation.

The Bali agreement included documents on trade facilitation, agriculture, cotton and development issues. It had guaranteed countries’ rights to subsidise basic food crops for the purposes of food security, according to Abdel Nour.

After his arrival to Cairo on Tuesday, Azevedo also met with Prime Minister Ibrahim Mehleb. He was also scheduled to meet President Abdel Fattah Al-Sisi on the same day to discuss trade and economic issues.