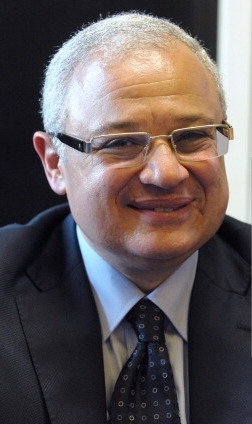 Tourism Minister Hisham Zaazou is optimistic about a restoration of tourism set to begin in October due to 8 out of 15 countries lifting travel warnings for the South Sinai.

Zaazou also expressed confidence as Arab tourists are making their way back to Egypt following a three year hiatus.

The minister said during an interview with Daily News Egypt that “Egyptian tourism gets sick but does not die”, adding the sector will recover and participate in Egypt’s economy again. Tourism represents the second largest sector of Egypt’s economy behind remittances from Egyptians working abroad.

How would you rate the status of the tourism sector in the recent past?

The past few years have been difficult, but despite successive losses the sector has been able to survive. Tourism income dropped 41% from 2012 to 2013.

Approximately 9.5 million tourists visited Egypt last year and spent $5.9bn, but the average tourist spent only $63.3 per night compared to the 2010 average of $85 per night.

How did the ministry deal with the travel warnings crisis?

The Minister of Tourism has been working like a beehive, racing against time to get the warnings lifted. A number of warnings were issued in the aftermath of the dispersal of the Rabaa Al-Adaweya and Nahda sit-ins in support of the Muslim Brotherhood during August last year.

The Ministry of Tourism was been able to get the warnings removed at the beginning of last October in coordination with the foreign ministry, and we are rather optimistic about the tourism increase that took place last November. Approximately 673,000 tourists visited Egypt in November 2013 compared to 301,000 in September of the same year.

However, a tourist bus travelling through the Taba land border was targeted in a terrorist bombing that killed three Korean tourists. The event exerted even more pressure on the ministry’s funds, as well as the tourism employees who worked to restore the sector’s strength once again after fifteen European countries issued travel warnings for the Sinai Peninsula.

What did you do differently this time?

This time, the matter was different, and we contacted then-former foreign minister Nabil Fahmy for advice. He told me that the situation was a security issue and that it must be handled by the security authorities.

The Ministry of Tourism dealt with the travel warnings by coordinating with various security authorities and delegations from European countries that export tourism to Egypt.

Have security experts visited Egypt in order to understand the situation on the ground?

Security delegations from various European countries have been invited to visit Egypt, see various locations, and inspect the security situation. I asked them, have you felt that your movements are restricted in any of the places you have visited? They answered no, and I told them, tell the people of your countries that Egypt is safe and will remain safe.

What are the differences between the crises faced by the tourism sector at present versus those of the past?

This is a very good question, as there is a fundamental difference between the current crises and those of the ‘90s. The current crisis revolves around an extended three-and-a-half year period and encompasses all tourism areas in Egypt, while the crises of the ‘90s were limited in terms of both time and geography.

In the past, the crisis lasted no longer than six months and was easily handled.

Does the political situation experienced by Egypt influence tourism?

Of course. Political instability has led to a significant decline in tourism to Egypt in the recent past. The return of political stability following presidential elections, the second component of the roadmap, will have a major impact on restoring tourism.

Tourism in Luxor and Aswan has suffered significantly. How can the Ministry of Tourism work to relieve this?

Southern Egypt’s tourism hubs have suffered greatly in recent times and the Ministry of Tourism is working to intensify marketing campaigns in foreign markets in order to mitigate this. The ministry will also take measures, bear some of the fees owed by cruise hotels, exempt the cruises from fees for specified periods of time, or grant hotels new deadlines for settling their affairs.

Beach tourism is faring far better than cultural tourism in southern Egypt and we will work to increase charter flights to the region instead of focusing on the Red Sea and South Sinai.

This mention of charter flights leads me to ask, how did an assessment of the issue take place?

I will tell you in all honesty that the charter flights form one way to incentivise tourism that is essential for Egypt, as each dollar invested leads to an average of $23 being spent in Sharm El-Sheikh and $18 in Hurghada.

The Ministry of Tourism conducted an evaluation to determine the areas that do not require a continued stimulus from these programmes, especially Hurghada and Sharm El-Sheikh, and will direct the stimulus toward locations suffering from weak tourism movement in southern Egypt.

We will continue the system of subsidising filled seats for certain ratios, which will incentivise companies to recruit large numbers for some areas or vacant areas or others.

What about Arab tourism?

Arab tourism forms a significant proportion of Egyptian tourism, and those working in it must not be ignored. Arab tourism accounts for 20% of total tourism to Egypt, while Europe represents 72% and other areas 8%.

We’ve launched many tourism programmes in the recent past, the last of which was the “Wahashtona” (“We Missed You”) campaign, intended to attract tourists from Saudi Arabia and Kuwait to Sharm El-Sheikh and Hurghada.

We will continue to launch similar programmes in the future, which will serve to increase tourism from the Arab Levant.

There has been a steady increase of tourism from Jordan and Lebanon.

You shouldn’t believe the rumour that Lebanese tourists spend $130 per night; this number is extremely high in light of the decrease in spending that Egypt is currently witnessing. At current, spending does not exceed $63.3 per night.

What about marketing in the future?

We have signed protocols of cooperation with the Ministry of Communications and Technology in order to utilise their experience on the subject. We also established a contract with Google search engine in order to reach the largest possible amount of people who consume Egyptian tourism.

The ministry itself has produced films efficiently, marking the first time that this has taken place by Egyptians. We benefitted significantly from this and discovered that Egypt’s people have the ability to manufacture a tourism industry renaissance. Our youth are very much capable of making miracles happen; they are highly skilled thanks to their education.

We will work to revive the Aida Opera again in Luxor and organise large tourist events such as the re-opening of Nefertari’s tomb. We will promote in the Italian and other European markets.

We have also entered into a contract with Hill & Knowlton to market tourism products in five European markets for a six month term.

The tourism industry faces some issues in light of land ownership laws in South Sinai as well as the real estate tax. How will this issue be solved?

The land ownership law in Sinai does not apply retroactively and I will meet with the Minister of Investment Ashraf Salman and the chairman of the Sinai Development Authority on Thursday in order to research how to increase the term for usufruct from 30 to 50 years. We are also looking to change the provision that those with dual citizenship cannot own land in the Sinai and must sell within six months.

What are your thoughts on investment?

We will work to promote investment opportunities in the near future in international arenas and global tourism markets. I anticipate a tender taking place in the North Coast this year after the armed forces complete some of the necessary procedures.

The area is very promising due to excellent infrastructure, with its four airports and close proximity to Cairo and Alexandria thanks to a strong transportation network.

Five plots of land in Marina and south Al-Alamein with a total area of 3,500 acres including desert hinterlands will be offered for a tender.