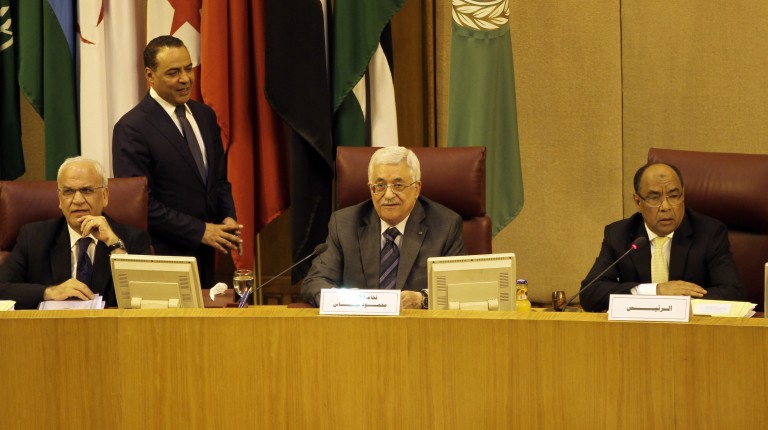 Arab Foreign Ministers gathered in Cairo on Sunday to discuss the issues facing the region including the crises in Gaza, Iraq, Syria and Libya.

Arab League Secretary General Nabil El-Araby, who addressed the foreign ministers of the 22 member states, called for unity to confront the current problems in the Arab world. He pointed out the “size of the challenges exceed the procedures undertaken to maintain security in the region”.

Egyptian Foreign Minister Sameh Shoukry, in his address to his counterparts, spoke about Egypt’s role in securing a ceasefire between the Palestinian factions and Israel.  He added that Egypt will host an international conference in conjunction with Norway on the reconstruction of Gaza.

Shoukry pointed out that humanitarian assistance continues to cross the border from Egypt into the Gaza Strip.

Ahead of Sunday’s meeting Shoukry met with his Algerian and Moroccan counterparts Ramtane Lamamra and Salah El-din Mezwar  Saturday evening to discuss bilateral relations with both countries, according to a Ministry of Foreign Affairs statement on Saturday.

The agenda for the foreign ministers’ meeting included a discussion about the latest development of the Syrian crisis, the situation in Iraq, and ways to deal with the phenomenon of terrorism, according to the foreign ministry.

US Secretary of State John Kerry discussed the threat that Sunni extremist group Islamic State (ISIS) pose to the region.

US President Barack Obama stressed at the NATO summit press conference last week that it is “critical” that Arab states join the fight against ISIS. Obama added that Kerry will travel to the region to continue building the “broad-based coalition” to fight ISIS.