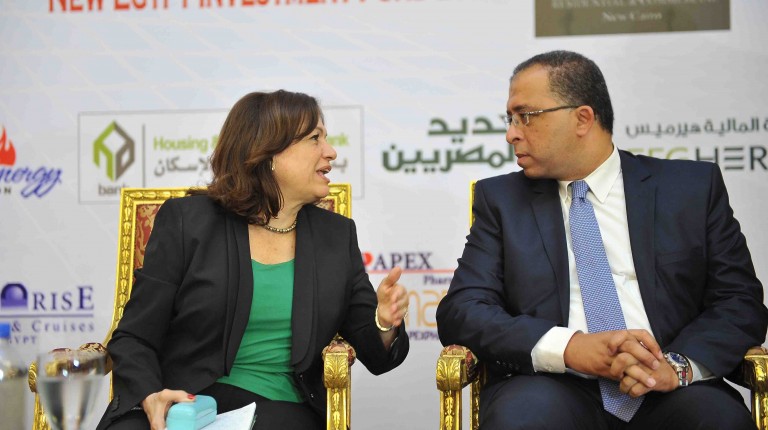 The government is planning to introduce a feed-in  tariff for new and renewable energy “within the coming weeks”, announced Minister of Planning and Administrative Development Ashraf El-Araby during the “Egypt… Future’s Path” conference on Monday.

A feed-in tariff is designed to encourage investment by offering long-term contracts to renewable energy producers based on the production cost of the technology.

El-Araby stated that energy remains a “high priority” for the government.

One of the points raised during the conference was the possibility of the Ministry of Finance acting as a guarantor between investors and the Ministry of Electricity to ensure continuous power supply.

However, the ministry is also looking into alternative policies as the suggestion “might place a financial burden on the finance ministry,” El-Araby said.

Regarding attracting investment in the current fiscal year, the minister explained that the government is targeting total investments throughout the economy amounting to EGP 337bn. Around EGP 206bn will come from the private sector, while EGP 131bn will be government investments.

“This figure represents 14% only of our [potential] investment levels,” the minister said, adding that “before [the worldwide crisis of] 2008, Egypt reached 22% of its investment capabilities.”

“We want double that number [investments] if I [the government] want to reach the 5% or 7% of gross domestic product (GDP),” the minister said. “Egypt is currently growing with half of its capacity.”

When asked about investment levels being sought from the “Development Partners” conference, which will be held in February 2015, the minister stated that “The EGP 206bn is still a low figure and we wish to double it.”

“With the EGP 206bn, the government would be targeting a 3% of GDP growth, but with a target of 5% of GDP, the figure would be around EGP 500bn in terms of private investments,” he added.

The lack of development vision clarity is one of the main hindrances in economic development, the minister stated. He noted that the private sector must be the main player in the free market.

El-Araby said that poverty rates and distribution of wealth are among the “worrying indicators” for development.