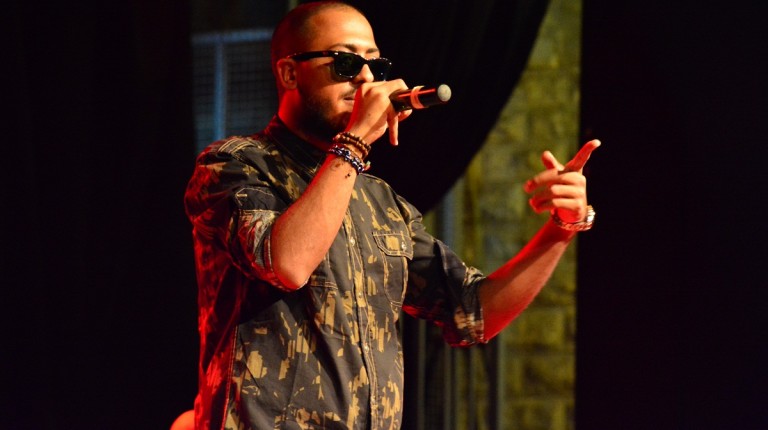 Are you in love with a special someone but you don’t know what to do to attract his attention? Do you feel butterflies in your stomach when this one girl who lives down your street passes by? Are you heartbroken and sad, feelings really leave you puzzled? Ibn Hazm Al-Andalusi might have the answers you need. These days the advice of the 10th century cleric can be found on the intersection of Saliba Street and Suyufiyya Street in Ad-Darb Al-Ahmar, at a 14th century building that goes by the name of the Amir Taz Palace. Here, Hani Afifi presents his theatre play Aan Al-Oshaq (About Lovers).

Director Hani Afifi and dramaturge Karim Arafa based their play “About Lovers” on Ibn Hazm’s famous book “The Ring of the Dove”, on the art of love. Also known as Al-Andalousi Az-Zahiri, Ibn Hazm was born in the Andalusian city of Cordoba in 994CE. As a proponent of the Zahiri school of Islamic thought, he wrote hundreds of works about Islamic jurisprudence, comparative religion, and history.  Touq Al-Hamama (The Ring of the Dove) could be called his most famous work today.

“We chose this book because it is a very important work within Arab heritage. More specifically, it is a book about love written by a religious man. Among Arabs and Muslims nowadays there’s the idea that art is forbidden. That dating is forbidden. That love is forbidden. These topics are exactly the stories this religious man wrote about. They encourage love, meeting each other, art, and respect for women and their values,” describes Hani Afifi. In the director’s eyes, Ibn Hazm’s stories are timeless and have a human value that is priceless.

On stage the actors have a dialogue with Ibn Hazm, a role terrifically executed by Hazem Elaily. He uses Classical Arabic, they speak the Egyptian dialect. However, “About Lovers” is more than just a play. It intertwines acting with dance, live music, and singing. The oud, qanoun, violin, and cello players of Bait al-Oud Cairo and the Cairo Opera House take you on melodic intermezzos accompanied by singer Nagwa Hamdy, whose voice is strong enough to handle Oum Kalthoum’s couplets. The magnificent light play and the scenery of the Amir Taz Palace itself create a mesmerizing sphere that makes it easy to drift off and time travel to Ibn Hazm’s days.

“Theatre, as the ‘mother of arts’, can contain different types of art if the text and the thought behind it support it. So whenever there is an opportunity to diversify audio-visually and to convey the message to the audience attractively in several ways, I mix different types of art,” explains the director. There is a reason why he chose the Mamluk building as a backdrop: “The Amir Taz Palace is more than a scene. It’s a place with depth. There are entrances and exits actors can enter from one side and get out of from the other. It has diversity and offers spaces for acting, playing music, and singing – more than one – for the artists to deal with. It’s a pleasure to act here.”

Although the level of the contemporary dance incorporated in the play is rather mediocre, the performance of the male actors definitely manages to make up for it. More disappointing is the seemingly superficial, almost caricatural image their female counterparts bring forward. It makes one wonder which effect motionless toothpaste smiles, unnatural high-pitched voices, and continuously hair twirling has whilst flirting in reality. Apparently stamping on the ground and pouting like a little girl is still the way to go when you are angry as a woman. All in all, the total package of “About Lovers” is worth a see, especially as the play tends to get funnier towards the second half.