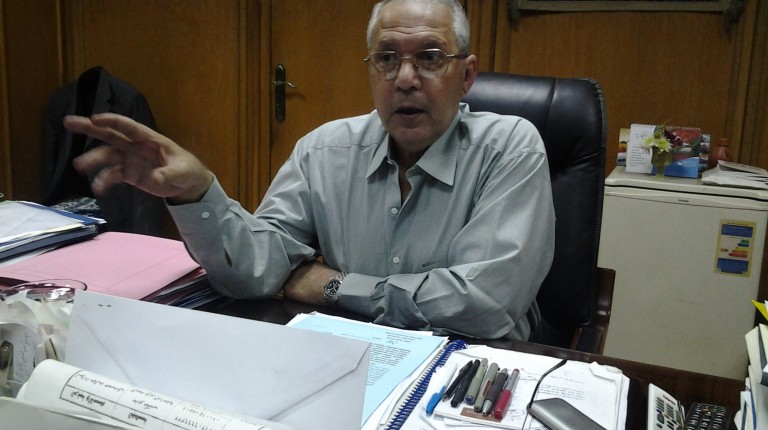 The Egyptian administration is close to detecting a new set of antiquities targeted for a smuggling operation, said Assistant Minister of Interior for Antiquities and Tourism Police, Major General Momtaz Fathi.

In an interview with Daily News Egypt, Fathi stressed the high capabilities of his administration for monitoring smuggled contraband. He also revealed that the time is fast approaching to recover 60 antiques found in Spain.

He added that any complaints filed by tourists to the ministry against individuals working in the tourism sector or members of the police will be referred to prosecution. Should the perpetrators be found guilty, Fathi said they would then be taken to court. He added that investigations into reports of tourist harassment are ongoing, and several members of the police have been referred to the Criminal Court despite two complaints being dropped. He clarified that dropping the charges was the victim’s right, but emphasised that the law does not exempt anyone who has been proven guilty from punishment.

What is new with your administration when it comes to dealing with antiquities that have either been smuggled or are at risk of being smuggled? How were you able to recover the smuggled antiquities already on their way out of the country?

We are very close to solving a major case and we will announce the details after taking all legal measures to recover the goods. As for the most recent case that was publicly revealed, an individual began presenting items to sell that he had put in a bank. He photographed the items and displayed them to smugglers [expert in antiquities], and what increased our suspicions was that one of the buyers was a Qatari national.  We brought together a group of archaeologists and showed them the pictures, and then asked to see these antiquities in person.

We took legal action and obtained approval from the prosecution as well as a ruling from the Court of Appeals for permission to inspect the jewellery inside the bank’s safe, which had antiquities inside. The experts revealed that these antiquities belonged to the family of Muhammed Ali and included rare jewellery, some of which matched another set of jewellery in the Muhammed Ali Museum in Alexandria.

All the items were counted, and we found 139 items in the bank, of which 136 are subject to the Law 117 which considers these historic items to be property of the Egyptian state. These items were recorded to prevent circulation, seized by the state, and then placed in the Muhammed Ali Museum in Alexandria. Around the same time, we found an ad in Al-Ahram newspaper about another set of items, but the person who took out the ad found out about the information we had, so he tried to quickly get rid of what was in his possession. We took the same procedures and managed to get 110 items, so we now have 146 items that have been registered as historic items.

What are the tools that you use to detect smuggled antiquities or items to be smuggled?

But you have failed in recovering the statue of Sekhemka?

What does this mean?

Egypt has the right to recover the statue as it is the original and sole owner of these antiquities, which were transferred to the possession of the buyer illegally. Nevertheless, we managed to recover more than 250 items from Germany, Belgium, France, and the United States. Now, we are about to recover 60 historic items from Spain and have already undertaken the necessary procedures in this case to recover the smuggled items.

Have you engaged in international cooperation throughout this process?

Governments cooperate with us, and the Department of Recovered Antiquities of the Ministry of State for Antiquities.

Are there many smuggled antiquities abroad?

Certainly. Over 300 items that were stolen during and after 25 January 2011. People became greedy and began destroying the history and assets of the Egyptian people.

You mentioned before that the Muslim Brotherhood organized antiquity theft?

The theft of the antiquities by MB members happened on an individual basis but it was not opposed by the leaders of the group, who had did not believe in Egypt as a state and wanted to abolish the Egyptian identity completely.

How did the theft of the Mallawy Museum take place?

After the dispersal of the Rabaa [Al-Adaweya] and Al-Nahda sit-ins, there were demonstrations heading towards Mallawy Police Station and the [Brotherhood] faced resistance from the officers there. As a result, the [Brotherhood] changed the route of their march and demolished and sabotaged the museum as it was adjacent to the police station. They stormed the museum and destroyed and looted what was inside, but we were able to recover 95% of the stolen items. The rest were destroyed.

What about storing antiquities in abandoned locations before they are smuggled?

We have made many efforts to identify and locate storehouses where antiquities are being stored. As a result of stealth in Abu Al-Numros, we recovered 4,000 historic items that were excavated and extracted from the storehouses. Committees that examined the items discovered that they originated from more than one Pharaonic age, and Ancient Greek, Coptic and Islamic antiquities were found as well. But, one case that saw both a local and international response involved were ten items that were stolen from the Egyptian Museum on 28 January 2011 including a Tutankhamun piece and other pieces from different dynasties. These are considered to be some of Egypt’s rarest antiquities, and have an extremely high value.

Are there families specialised in antiquities trafficking?

Families engaging in trafficking of antiquities persist in undertaking this crime because they consider it a profession and it makes them extremely rich, quickly.

The burden of tourism is greater than that of antiquities. The antiquities I deal with are stones that are not alive, but with tourism, I am dealing with a soul that I am responsible for securing within the country the whole time.

But are there unacceptable behaviours that adversely affect tourists’ impressions of Egypt?

Unfortunately, the streets are permeated with bad behaviour and moral bankruptcy.

And this has affected tourism rates?

This has not affected tourism rates, as incidents of harassment were a result of unskilled labourers, and the rapid actions taken toward perpetrators of such acts has had a positive impact on tourists.

But would complicated procedures push harassed tourists to drop their complaints?

A tourist dropping her complaint will not mean that the perpetrator goes unpunished. We have an obligation to the community that they be held accountable and locked up on charges of harassment even if the victim decides to drop charges. Eight other individuals have been transferred to trial on harassment charges, and this helps create legal deterrence.

But will this change the negative image of tourists for Egypt?

We worked to bind touristic establishments to train their workers and raise awareness among them in coordination with the Ministry of Tourism, and we are continuing to follow up on the workers through the Tourism Police. If we find that someone’s behaviour could potentially be unacceptable, we inform the establishment to separate him from the tourists. I even search through his belongings to make sure that he does not have any illegal items, all in collaboration with the Ministry of Tourism.

Why do we not hear about these procedures?

The Ministry of State for Antiquities has offices abroad whose responsibility is to announce the procedures that we take in order to reassure tourists and potential tourists.

The West, following the dispersal of the Rabaa [Al-Adaweya] and Nahda sit-ins, sent planes to evacuate their citizens. What have you done to reassure them?

Three months following the dispersal of the Rabaa [Al-Adaweya] and Nahda sit-ins, we could not sleep because of the evacuations. We had to reformulate security structures for securing tourists. These countries reviewed these measures through security experts and media groups, and they were impressed by what they found.

Has this actually made a difference?

Germany and Italy have issued travel warnings to Egypt but the citizens did not respond to these warnings and the travel companies worked with the wishes of their citizens.But Sinai, a major tourist destination, is filled with hard-line groups.

Sinai has become safer for tourists and the security structure begins and ends with me as a tourist police officer. I receive the tourists at the airport and keep them secure. Since tourists typically travel the same routes, I am able to secure them in all locations that they visit. I also coordinate with relevant security directorates and security services, and large groups are often secured with armed vehicles.

How do you undertake the security operations that you are talking about?

We have a main operations room that coordinates with Egypt’s various security directorates. We do this not because we are afraid of terrorist acts, because terrorism is not targeted at tourists. If a tourist encounters a problem, we can help him or her change that route or even offer him or her accommodation. My goal is for the tourist to be comfortable.

But there are complaints regarding tourists’ experiences at the Pyramids with those who rent camels and horses to tourists.

The camel and horse renters are completely under control and whoever does not carry out his work as required will have their licence revoked in accordance with the law. We have three instances of violations from three of the most well known camel renters in Nazlet El-Seman, and they have had their licenses revoked. This prevents them from entering the area completely.

What about securing the Safari tourism that is considered dangerous tourism?

We have units responsible for the securing safari tourism in the White Desert and historic areas in Siwa. Our forces accompany tourists from the beginning of the journey until its end, and they are equipped with sophisticated weapons and satellite communications. No fees are required for these services and we are able to help tourists if emergency situations arise.

What about securing Nile cruises?

I secure tourists on Nile cruises the same way that I secure busses and tourism attractions.

How many officers and personnel are in your administration?