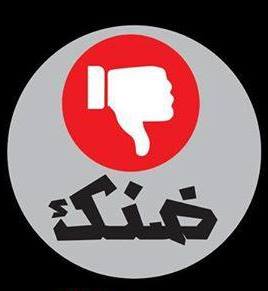 Dank movement has released videos on social networks calling for protests and stating that “thousands” joined in the protests in 19 governorates on Tuesday in front of subsidised supermarkets, public hospitals, and transportation facilities against the country’s deteriorating services and high food prices.

The members of Dank movement appeared on the video with their faces covered. The person talking to the camera stated that the movement leads the struggle of the people towards proper standard of living and social justice.

“Revolution of the poor” was the title the recently established “Dank” (Hardship) movement used to support their demands. The movement had called on Tuesday for protests across the country to support social justice and demands the government back-off from economic decisions that were recently taken regarding the removal of subsidies and rising prices.

In a statement issued by the movement on Monday, it mentioned that some of the reasons for calling for protests are “the decline in the basic services provided by the state”, “the increase of the burden on poor people” and “disappearance of basic goods”.

“It has never happened before, even in Mubarak’s era,” the statement read.

The movement has stated that they will continue to fight against poverty, hunger, social injustice and inequality and insisted that they are not affiliated to the Muslim Brotherhood, stating that the group is not “political” and that all movement members are volunteers.

However, the protests were backed and called for by the Anti-Coup Alliance, a Muslim Brotherhood-led coalition that supports the deposed president Mohamed Morsi.

According to state-run Al-Ahram, five protesters affiliated to the Dank movement were arrested in Giza.

A Ministry of Interior official stated that there were protests in various governorates across Egypt. He claimed that security forces were able to arrest some of the protesters for inciting violence as they had Molotov cocktails and melee weapons in their possession.

However it has not been established whether the detained protesters belong to the Dank movement, said the ministry official.