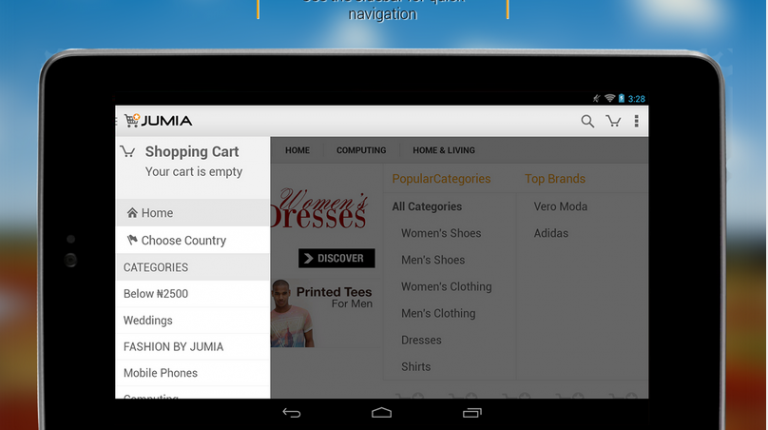 Jumia’s phone app was featured in the Our Favourites section of Google Play store, the online shopping company announced earlier this week.

Jumia said the android application was launched a year ago “to take advantage of the continent’s growing mobile internet penetration”.

“The number of mobile subscriptions in Africa has risen rapidly in recent years, from fewer than 25 million in 2001 to over 720 million in 2012,” the online shopping company said. “Moreover, many activities that would be carried out on a laptop or PC in Western countries, such as online banking or shopping, are done on mobile phones in Africa.”

Discussing the application’s features, Jumia said that the app offers all the functionality of the website, keeping in mind that many users will use this astheir main way of interacting with the service. The company and prides itself on the app’s usability.

Earlier this year, the company introduced its own brand Agu, which is designed and produced by the company.