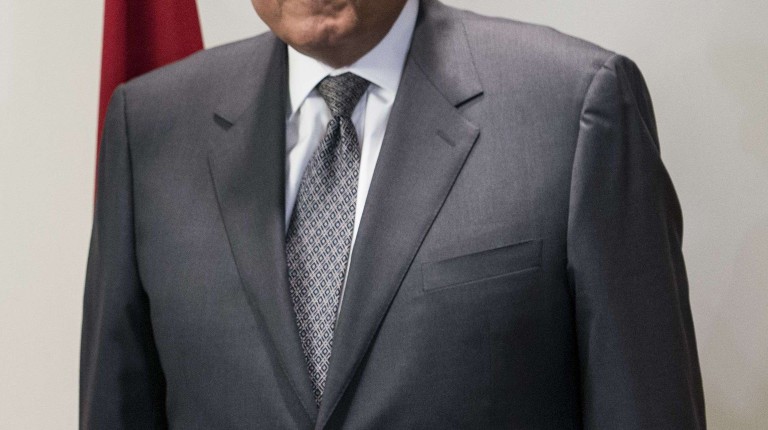 Egyptian Foreign Minister Sameh Shoukry has informed his Russian counterpart Sergey Lavrov by telephone of Egypt’s desire to support legitimate institutions in Libya Wednesday, according to a foreign ministry statement.

Shoukry highlighted the importance of developing bilateral relations between the two countries as well as enhancing them in various fields in order to achieve common interests.

The statement added that the discussion included the latest developments on the Palestinian issue, the situation in the Gaza Strip and the indirect negotiations between Palestinian and Israeli sides.

Lavrov expressed Russia’s appreciation of Egypt’s role in contributing to reaching a cease-fire agreement between the Palestinian and Israeli sides.

The two ministers stressed the need to resume negotiations between the Palestinians and Israelis, leading to a final settlement ensuring a fair solution for the Palestinian cause.

The two presidents agreed to continue military-technical cooperation between the two states, and to cooperate to fight against terrorism in the Middle East, with the Russian president assuring his country’s support for Egypt.

During the August visit, the two presidents agreed to establish a Russian industrial zone in the new Suez Canal project, as well as increasing supplies of Russian wheat into Egypt.

The diplomatic relationship between Egypt and Russia strengthened towards the end of 2013, as Egypt’s relationship with the US deteriorated. This was particularly so as the US suspended military aid due to the political turmoil the country has been witnessing since the ouster of former president Mohamed Morsi.