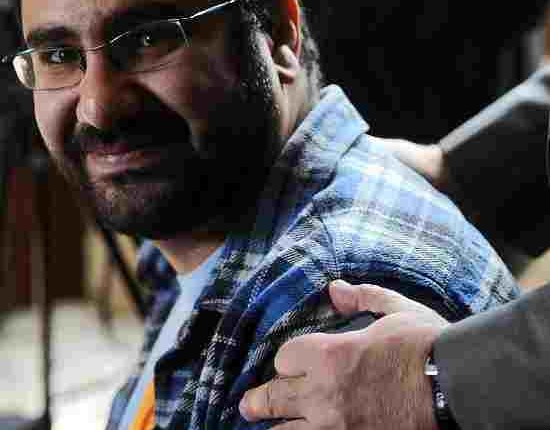 The Arab Network for Human Rights Information (ANHRI) said authorities have left no room for objection to the use of preventative detention as punishment and to “unfair” court rulings, other than hunger strikes.

The human rights group said in a statement on Thursday that what came to be known as the “battle of the empty stomachs” has swept the ranks of “detained activists”, reaching activists outside prisons.

The human rights watchdog asserted that going on “hunger strike is an inherent right” of objecting using peaceful means and that it is an effective method in countries that respect the rights of their citizens.

ANHRI described the rise in the number of people on hunger strikes as “a humanitarian disaster,” especially since it is being met by neglect from authorities.

The watchdog held authorities fully responsible for the safety of the hunger strikers and called on authorities to immediately respond to their demands. It renewed calls for the immediate release of political detainees, prisoners of conscience and those held for cases relating to violating the Protest Law.

Detainees on hunger strike include renowned activist Alaa Abdel Fattah and his sister Sanaa Seif, who is also an activist.

Alaa was sentenced to 15 years prison in absentia, on charges related to violating the Protest Law. He is currently facing retrial. Meanwhile, Sanaa is in custody, on trial after she was arrested in June while demonstrating for her brother’s freedom and against the Protest Law.

Their sister Mona and mother Laila Soueif, who are not behind bars, also joined in hunger strikes.

Lawyer Mahienour El-Massry and blogger Ahmed Douma, who have also been handed harsh sentences for violating the Protest Law, are also on hunger strikes in protest of their detention.

The controversial Protest Law is officially known as the Law to Regulate the Right to Public Meetings, requiring protesters to acquire approval from the police to stage a protest.

The law, which is heavily criticised by local and international rights groups, also states that security forces must first use verbal warnings to disperse potential protests. If not, police forces have the right to use water cannons, tear gas, warning shots and rubber bullets to disperse protests.

International watchdog Amnesty International described the law as “draconian” and called for the release of protesters being tried for challenging it, in a statement released Friday.