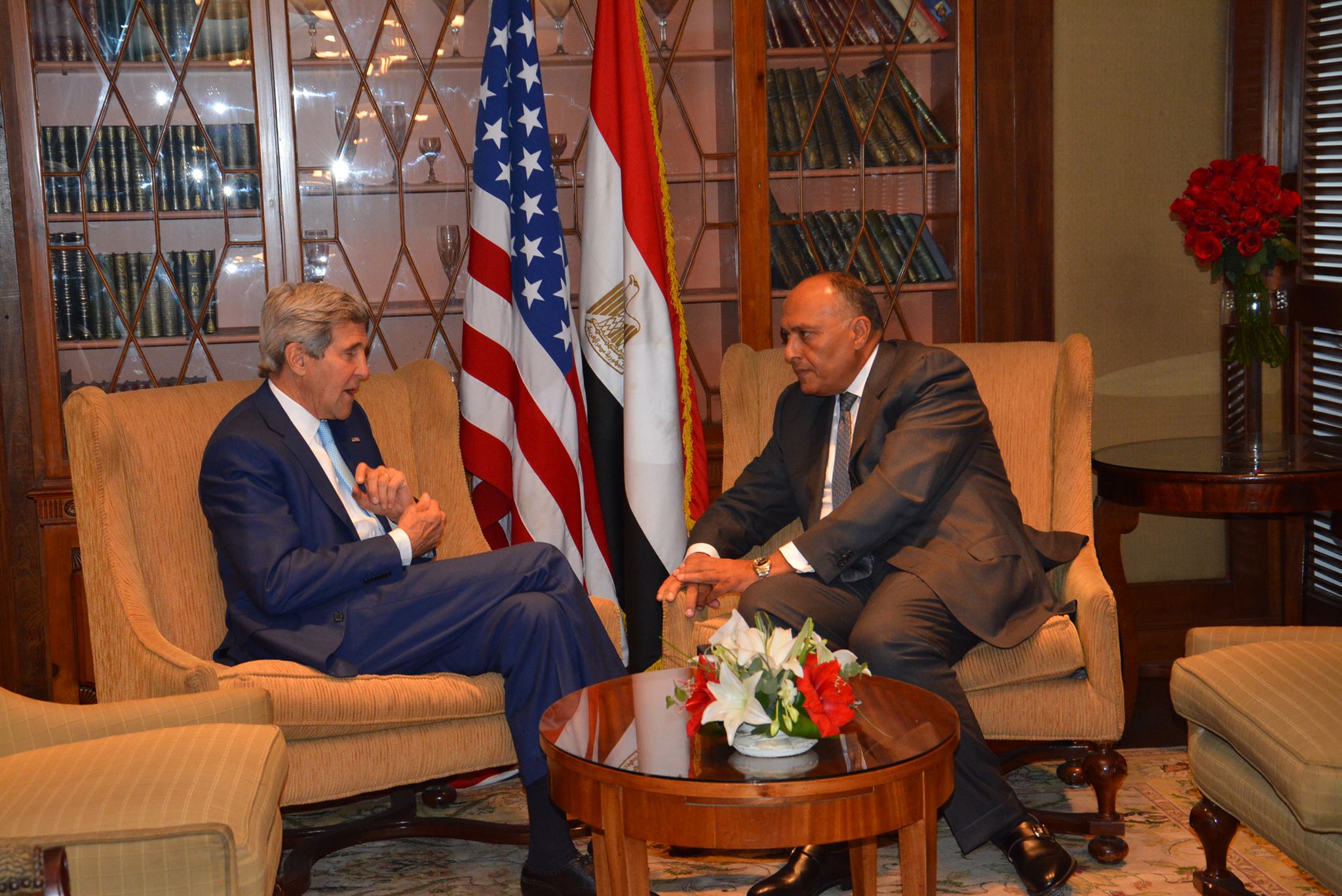 US secretary of State John Kerry met with Foreign Minister Sameh Shoukry on Saturday to discuss regional issues -notably the threat of the Islamic State in Iraq and the Sham (ISIS) and methods to rally countries to join the broad coalition against the jihadist group.

In addition to Egypt, Kerry is touring the region, visiting Jordan, Saudi Arabia, Iraq, and Turkey to build a broad coalition to confront the threat of ISIS.

In a press conference held in Cairo on Saturday, Kerry said that the only way to defeat the threat of ISIS lies in building a broad coalition that was announced by President Barack Obama, to support the Iraqi government through providing military support.

Kerry stated that, although ISIS fights using the name of Islam, it has nothing to do the religion and it’s clear that the group is based on hatred which is condemned by Muslims all over the world. He added that, as a cultural capital in the Islamic world, Egypt plays an important role through rejecting the ideology spread by ISIS.

Shoukry said that Egypt will work on countering terrorism in the Arab world and Africa. He added that a meeting will be held on 17 September in Madrid, for Libya’s neighbouring countries, to discuss the situation in Libya.

During his visit to Iraq, Kerry said that US can increase its support to Iraq’s new government in a common effort to defeat ISIS and the threat that it poses to Iraq, the region, and the world.

Shoukry said in a meeting that was held in Jeddah on Thursday that “there is a common enemy endangering our people,” but that Egypt will “fight its own battle against this common enemy”.