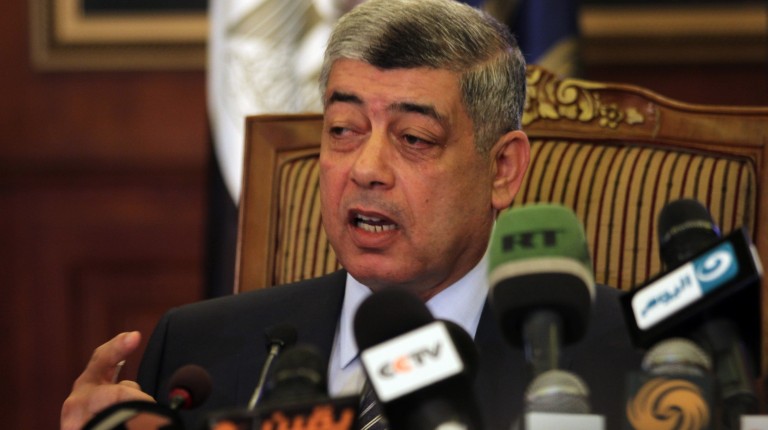 Minister of Interior Mohamed Ibrahim told reporters in a press conference on Sunday that a security campaign by the police and armed forces killed seven militants, who are alleged members of militant group Ansar Beit Al-Maqdis.

Ibrahim said that the raid was a part of a successful campaign engineered by the armed forces and the police to retaliate against what he called “extremist elements”. He added: “The raid took place, with the cooperation of the Central Security Forces and the army in Suez, upon acquiring all necessary intelligence to launch the attack.”

These militants are considered dangerous members in the group Ansar Beit Al-Maqdis, which base their ideology on takfiri thinking that aims to spread chaos and threatens national security, said the minister.

The minister claimed that the dead militants were responsible for a number of “terrorist operations” that targeted security personnel and civilians, committing theft and attacking police facilities.

According to Ibrahim, such operations included the Al-Farafra checkpoint attack, which killed 22 Egyptian border guards in May, the killing of 5 policemen in Al Dabaa in Sinai in August, as well as bombing both the Cairo and Daqahleya security directorates.

“Investigations confirmed that the militants were planning to escalate their operations against the armed forces, the police and the important and vital installations in the coming period in response to the security crackdown,” stated Ibrahim.

The minister added that more than seven Muslim Brotherhood members were expelled from Qatar on Friday.

The minister added: “Students [supporters] of the now outlawed organisation of the Muslim Brotherhood are planning to escalate their violent demonstrations on university campuses.”

The minister denied the existence of any elements of the extremist group Islamic State in Egypt.