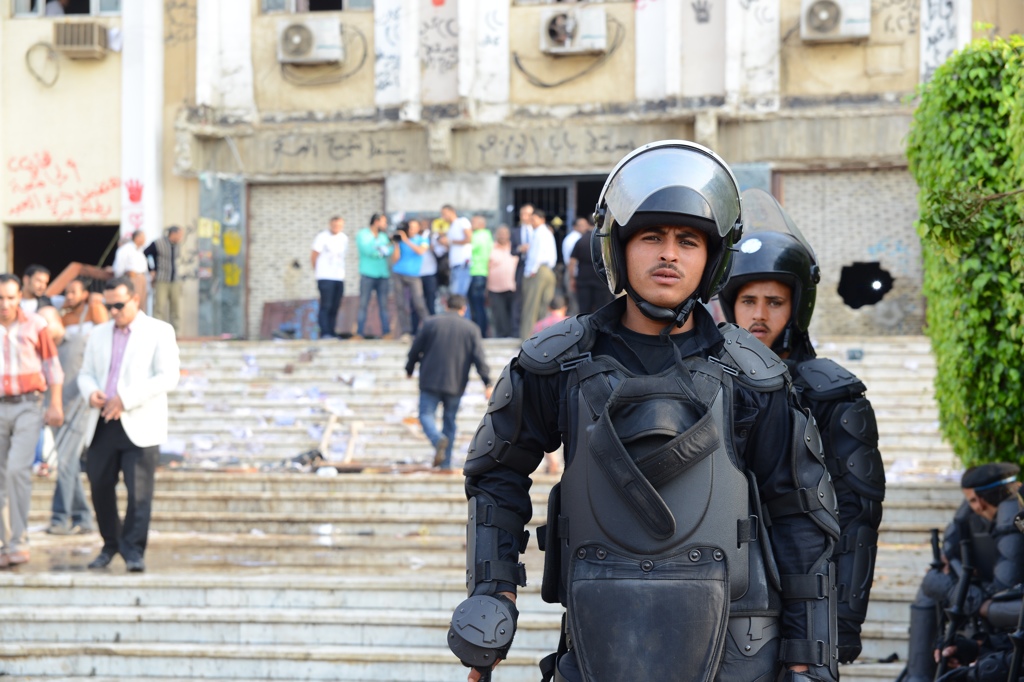 The students were arrested in May during clashes with security forces in the Al-Azhar University dormitories.

The defendants are charged with “inciting riots, crowding, resisting authorities, damaging public properties, and joining an armed group that aims to disrupt public peace and order”.

The detainment of 49 Al-Azhar students in Abu Zaabal Prison began an open-ended hunger strike on 5 September to demand their freedom, according to the Al-Azhar Students Against the Coup (SAC) group.

“More than a year has passed and we have been moving along the corridors of prisons, torturous police stations, and in the cells of prison,” the hunger-striking students said in a statement they released from the Abu Zaabal detentions.

The hunger strikers are demanding that they, and all other detained students, be released before the start of the upcoming academic year.

Head of the Al-Azhar Student Union Mohamed Atef said the students were also hunger-striking in protest of human rights violations they are subjected to while inside the prison.

He added that they were also on hunger strike against “a university administration that expelled them, killed their studies, suppressed their voices, turned their university into military barracks, where the military can prey on whomever it wants. It can kill, drag, and detain without charges”.

The Al-Azhar University administration decided earlier this month to indefinitely postpone the opening of its dormitories.

Over the past academic year, since the military’s ouster of former president Mohamed Morsi, university grounds across the country have witnessed clashes between security forces and student protestors.

The Al-Azhar University campus, as well as its student dormitories, saw some of the worst of these clashes. Security forces killed and detained dozens of students inside the campus and housing complexes.

The new academic year, due to start on 27 September, has been postponed to 11 October.