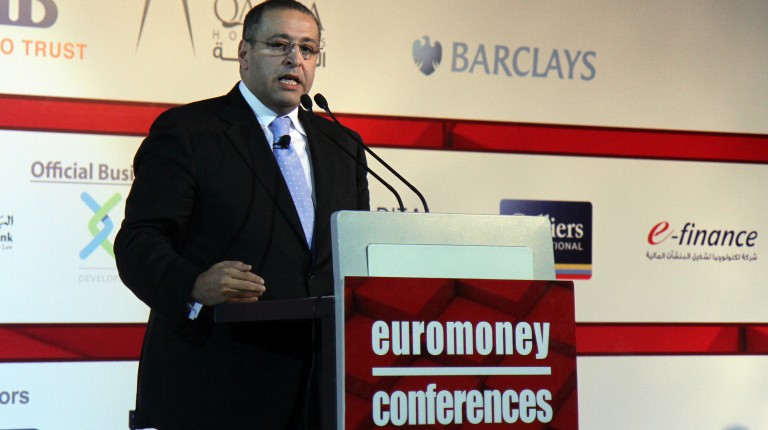 Minister of Investment Ashraf Salman said that Egypt is on the right path, explaining that the government has a clear economic vision represented by the economic reform programme adopted by President Abdel Fattah El Sisi, which extends until 2030.

In 2008 and 2009, the economy reached growth rates of 7.4%. These rates have since declined alongside a jump in poverty rates and debts of EGP 1.71tn.The budget deficit has reached 10.5%, inflation rates are high and the challenges are significant, said Salman.

He added: “Our programme is focused on topics that include legislative and structural reforms as well as developmental stimulation. Structural reforms aim to create a general budget that reduces the deficit and enhances growth by increasing incomes and decreasing expenses. This will take place within five years through a restructuring of energy subsidies and tax reform.”

Regarding developmental stimulation, only EGP 50bn is available for investment from the public treasury and the remaining EGP 336bn will be financed by the private sector, said Salman.

He stated: “We seek to reduce poverty rates to less than 20% and the budget deficit to less than 9% within five years. We can attract investments easily and our economy is capable of growing quickly, unlike the world economy, which moves slowly”.

Salman said that the money market is approaching pre-25 January Revolution indicators, reflecting a restoration of confidence from the financial community and local and foreign businesses.

He added that the new unified investment law will soon be published in addition to other legislation targeted at improving the business environment, as well as business law.

Salman hopes to add 30 GW of energy to Egypt’s production, as 2 GW in wind energy and 2 GW in solar energy would bring foreign investments worth EGP 7bn, he said.

“Infrastructure sectors will be the main attractors of local and foreign investments, and we will see a solid future for Egypt’s economy as the results of the ongoing economic reform programme would suggest,” he said.

In response to questions, Salman said that his priority is to pay attention to investors. “The president charged us with a major assignment in addition to strengthening the abilities of the Ministry of Investment and its subsidiaries like the Financial Supervisory Authority,” said Salman.

He added: “As the government, we hope to assess the funding gaps in the market, but in terms of privatisation, investors will not be given products that don’t work or sell well, so we decided that we won’t privatise until we can operate our companies well. We began all necessary assessments of governmental companies and assets two months ago.”

“We seek to carry out a financial restructuring for all public sector companies and allow them to finance their expansions by offering bonds as part of a plan to diversify funding sources. This will allow the companies to add new financial products until we reach an optimal financing structure,” said Salman.

The third phase of the restructuring process includes spreading the successful experiences of some companies to those suffering from crises.

He also said that Egypt is in need of 8 GW of electricity, a project that will be offered for bidding to investors—with 4 GW of both solar and wind energy. The financing will provided by local and foreign markets, and agreements will be signed between the government and the private sector in order to purchase production.

Two projects are underway in the Suez Canal area, the first involving digging another axis for the canal. The project will help serve world trade and bring in great revenues for the Egyptian economy, said Salman, adding that reduction in canal traffic wait times will add $2 to $5bn to Egypt’s budget within five years.

Also important to note, a larger number of ships will be able to pass through the area, particularly through the axis in which a number of logistics and refuelling projects will be implemented, he added.

He went on to explain that logistics and transport projects will be marketed for 100% private sector financing without government contributions. He added that the government will completely depend on the private sector, and all Suez Canal investment procedures will be simplified.

Salman said that dividing the funding between the government, banks and investments is a positive, but the private sector will be relied on for 75% of financing. Banks will also finance up to 40% of other national projects.

Regarding Egypt’s upcoming economic summit, Salman said “It is not a donors’ conference, but rather a conference for development partners. The final title for the conference is the Egypt Economic Summit, where the government will explain our roadmap and plans for economic reform.”

The government will also announce to all partners and interested investors that projects are available for private sector tenders across various fields, in addition to telling the story of Egypt overcoming its economic lapse, Salman explained.