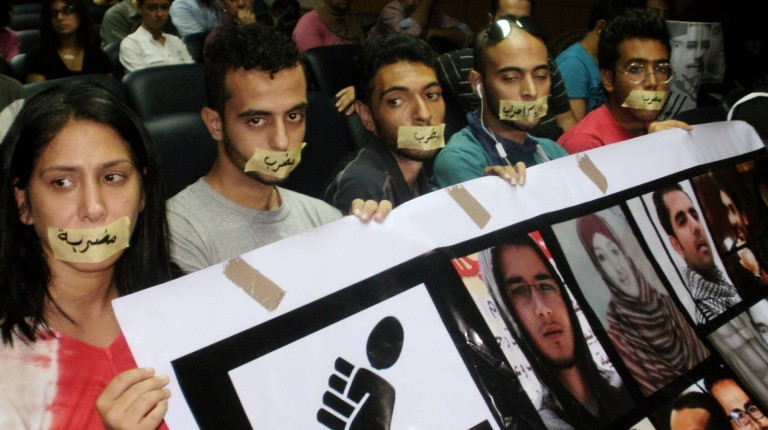 The number of those on hunger strike in solidarity with prisoners and detainees of conscience in the country has reached 295, the “Freedom for the Brave” movement said Tuesday.

The number does not include the prisoners and detainees who have already started the campaign, in a movement dubbed the “Battle of Empty Stomachs”, added the movement on its official Facebook page.

Other hunger strikers also include expatriates, living mainly in the US, Saudi Arabia, Canada, Sweden, France and Denmark.

There are 10 strikers who have officially informed the Prosecutor General. The press syndicate has informed the prosecutor general of 10 journalists holding a hunger strike inside the syndicate.