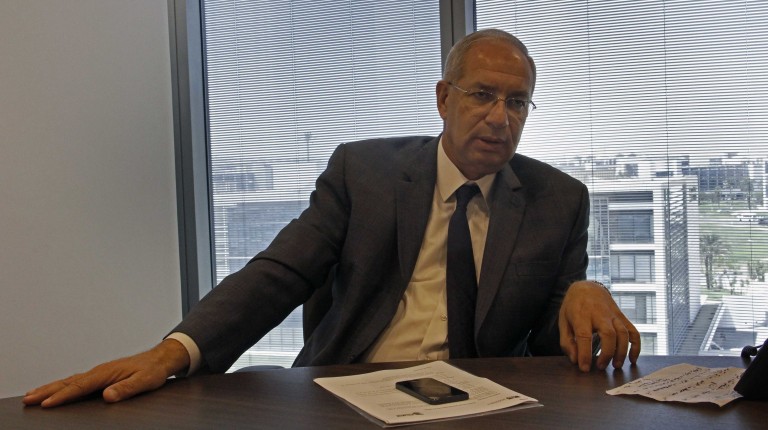 In August, after a long wait, the Suez Canal Authority announced the winner of the Suez Canal project’s development bid was the alliance of Dar Al-Handasah Shair and Partners firm and its Egyptian arm. Some speculation alleged the company was tied with the Egyptian Armed Forces, while others suggested it was owned by Gulf businessmen.

Daily News Egypt sat down with Yehia Zaki, the director of operations at Dar Al-Handasah to discuss the future of the plan, contract details and expected investment.

Can you tell us more about Dar Al-Handasah?

Dar Al-Handasah is a multi-disciplinary firm. All engineering fields that we operate in are under one roof. We are a consultancy firm that offers designs and manages projects as well as supervises them. The company was founded in 1956 in Beirut, and it expanded to have an office in Cairo and another in London. Later on, in the 1980s, it expanded further into the US and Europe, becoming what would now be a holding company under the name of Dar Group. The bottom line here is that Dar Al-Handasah is an international company with 193 offices all over the world, as Dar Al-Handasah and its subsidiaries doesn’t have a flag.

The prerequisites to apply for the Suez Canal development required a joint venture between an international company and a local company. This joint venture was between the global Dar Al-Handasah Shair and Partners, which is registered in Bahrain, and Dar Al-Handasah Egypt. They are totally different entities; each has its own board of directors. Around 46 companies applied for the project and 14 were shortlisted.

What’s your role in the Suez Canal Development Project?

The Project is about preparing a master plan for the area of the Suez Canal and it has nothing to do with the drilling of the new canal path. The new canal is being constructed and supervised by the Army’s Engineering Corps “Al-Haya`a Al-Handaseyah”. There was mix up due to the closeness of the names. Some companies, also in Saudi Arabia, have similar names. The lack of research led some to believe that this is all one project and that Dar Al-Handasah and the engineering corps are one and the same.

So to clarify, the one-year project is operated by the Engineering Corps while the master plan for the bigger Suez Canal Development project is done by Dar Al-Handasah?

We are doing the master plan for the development of the area, yes. We will operate in the area that is provided to us by the country. It will be focusing on ports alongside other areas. The project is related to the areas of the Suez Canal, which include the area of the new channel. These areas are mainly six ports, East Port Said Port, West Port Said Port, Al-Arish Port, Al-Adabeya Port, Ain Al-Shokhna and the recently added Al-Toor Port. Each one of these six ports has a master plan, whether it’s an old one or a new one and whether the implementation started before or didn’t. Our job is to take all these master plans then study and upgrade them. The plan for the ports is not to compete with one another but to offer complimentary services. Also, we will study the area of the north western area of the Gulf of Suez, which was developed by some 10%, that needs some upgrades, as well as the newly introduced Technology Valley in Ismailia. We will be making suggestions for the land uses and industries to be placed in the master plan.

The master plan will not only be [project] drawings but also [ideas on] how to market this area and the investment opportunities.  There will also be a study for the placement of utilities such as electricity, tunnels and roads. We will not be physically [constructing] these roads or tunnels but we’ll plan [their placements]. All of that will be accompanied with an economic plan which studies the investment opportunities. Another very important task will be [doing] the social economic impact assessment to the area and then state how to brand this project.

The objective is not to just have an engineering design but to make it attractive and to be able to do that we need to interact with a lot of stakeholders and to collect a lot of data. This will depend on the wealth of the data and the participation of the shareholders. We look at ourselves as integrators of ideas and visions more than a physical plan and accordingly the time frame that is given to us, which is six to eight months, will involve interaction with businessmen, industry federations and chambers of commerce.

You mentioned the interaction with shareholders; can you specify who are they?

We’ll meet with businessmen, youth, and different organisations to help us collect information.

The data, names of businessmen for example, was provided by the government?

No. We took from the government the information on the ports themselves.

What are the criteria for selecting those businessmen?

It’s open and we have no limitations. We’ll have several economic events, gatherings and summits where the project will be a hot topic and people will start to debate it. We’ll rely on their feedback. We prefer that the Federation of Egyptian Industries would organise meetings with businessmen as well. We are choosing the spectrum that we need to interact with. We also need to interact with Egyptian ministries and a committee has been formed to follow up with us.  The committee is headed by Egyptian Prime Minister Ibrahim Mehleb and mainly includes the economic team and related ministries. The coordinator will be the Suez Canal Authority, the one with which we signed the contract.

What data is the company is expecting to receive from the government?

We have expectations to what we want, actually it’s a list. At the same time, the Suez Canal Authority will provide us with information and we’ll communicate if we sign anything else.

How often does Dar Al-Handasah meet with the authority?

We meet a lot. We have a meeting every other week, with the coordination of the government. On the sale of information exchange, we can say that we almost have a liaison office there.

It is slightly less than $1.8m. We prefer not to discuss those details; however, it was already publicised during the Suez Canal Project’s presentation.

Do you believe this figure is enough for the work the firm will be providing?

These projects are not calculated in that method, they have special nature. It is a very aggressive study and it will cost money but at the end it was a competition and we wanted to be associated with this [project]. The cost can be more but this page is turned. This is not one of the projects where we’ll be targeting profit. We wanted to contribute to the country in some format. The real cost of this [project] is not much higher.

Actually, there is, but this is a project that is set to end in a specific period with a specific budget.

Will Dar Al-Handasah be responsible of following up after the submission of the master plan?

We are just responsible for the submission of the plan.

How much investment can be expected in this project?

It is still early to say. It has endless number of investment opportunities.

What are the types of industries that can be expected to invest?

The priority is for the added value [projects] that would generate variety.

Aside from the price advantage, what qualified Dar Al-Handasah to win that bid?

Well actually we had the best technical offer. We scored 86% [on the technical offer]. Four out of the nine shortlisted companies qualified above 80%. The second, third and fourth scores varied between 80% and 81%