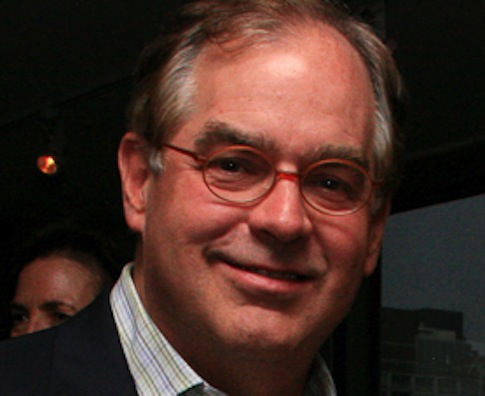 The firm’s recent twin investment in Palm Hills and SODIC, involving the purchase of a 2.3% and a 9.4% stake respectively, has raised hope in the return of foreign investors to the country’s strife-ridden market.

The deals are the company’s first since 2009, when it completed the exiting of an influential stake it had purchased in the Commercial International Bank, three years earlier.

In an interview with Collins, Daily News Egypt found out more about ongoing talks that Ripplewood is a part of in Egypt, and which markets will it be targeting next.

Despite several attempts to reveal updates of talks or potential deals, Collins was determined not to speak of plans that are not yet concrete. He asserted, however, his full belief in Egypt’s ability to heal its economy, and his firm’s commitment to provide support.

Following your recent investments in Palm Hills and SODIC, are you considering future ventures?

Investing in Egypt is our number one priority at the moment. We are looking at other investments and there are many great opportunities.

Why did you target Palm Hills and SODIC, both major real estate developers?

What about plans for the region—do you have any investments in the region or are considering any?

We just entered the region through the two Egypt investments. The Middle East is among our region of focus, along with peripheral Europe and Africa.

Are you targeting a certain profit from your firm’s two ventures in Egypt?

No. They have done really well since we invested, and we expect them to do really, really well.

But there is no targeted profit?

What we expect and target is for our presence to help them grow and become even bigger leaders in the market.

Ripplewood has bought a 2.3% stake in Palm Hills and according to reporters, the firm is aiming to increase the stake. How much of an increase are you planning?

We do not know yet. Time will tell. We expect to have a greater stake.

Are there talks taking place?

No. There is a process. We will continue to look aggressively at how to increase our stake.

Will your next investment in Egypt be another real estate company?

I’m not sure, yet. We are really interested in investing in Egypt and we’re looking at lots of things and it’s always hard to predict which thing will happen, and when.

In terms of the Middle East, which country do you think will be your next to tap?

There are lots of opportunities everywhere. What we are really looking for are places where we can make a difference. In Egypt, one of the reasons why we began with real estate is because, in my view, real estate and housing and construction can drive a lot of the short-term recovery and create momentum in the Egyptian economy, and that is really critical. So, as much as I think it would be wonderful if tourism came soaring back tomorrow, it seems very unlikely that this will be the short-term driver. Over the long-term, Egypt is one of the greatest tourism destinations on the planet, but in the short-run, this economy needs momentum, and it needs jobs. We think this is good for Egypt, and it’s good for the Egyptian economy, and what is good for the Egyptian economy will be good for our investments.

Are you planning to invest in Palm Hills and SODIC during the long-term or will you be planning to exit them?

Would you also consider unlisted companies for a future investment?

Are there any ongoing talks?

There are lots of talks. But talk is talk.

When we came and invested in CIB, foreign direct investments [FDI] tripled. And when I invested in Long-term Credit Bank of Japan, FDI went up tenfold in the two weeks that followed. So, not only do we think it is important that we’d be supportive and helpful, and that these two enterprises raise capital and do well, to create momentum for the economy, but it is also a demonstration of my commitment.

I have been here 30 times in the last two years, which is an expression of my commitment to Egypt.  That, from a pretty careful and successful investor, is good news for other investors looking at Egypt.

Where does your commitment to Egypt stem from? Amid slumping FDI and fleeing investors, you have shown interest. Why?

First of all, I love Egypt. I’ve been here countless times. We had a wonderful, satisfying and profitable experience with CIB, which was very rewarding. My son loved it here. And Egypt is a very, very important place in the region. I have the luxury of investing in things that I think are not only profitable, but important, and I don’t want to invest in anything that isn’t. If you want to create a difference, this is the right place to do that.

Several Gulf states and investors have expressed interest since last June to help Egypt on its path to economic recovery. Since the goal is mutual, would you consider cooperation with Gulf companies?

What about concerns with regards to Egypt’s economy?

Everybody has concerns. They need to sort out the energy problem, they need to bring back momentum to the economy, and they need to get the budget under control. There are lots of concerns, but I have a high level of confidence that Egypt is a place that is on the brink of renaissance.

Would you not consider the energy sector?

I would consider it, but it’s not on our top four priorities. We’ve looked at things in the energy sector, but it’s not our strongest area of expertise, although there were some things that we looked at.

What do you think should be the main focus of the government in the near future?

I’m not an economist, nor an expert on economic policy, but I see the greatest thing the government can do to rebuild momentum in the economy is to support private investment and the private sector. There is an enormous interest in Egypt and the quickest way to bring the economy around is to begin to attract more investment and to create confidence among small, medium and large enterprises inside Egypt, which will create jobs. Creating jobs and fixing the energy situation should be the number one priority.