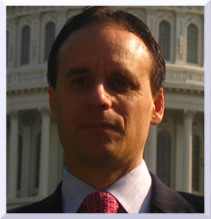 Egypt, which has suffered energy shortages in recent years that have led to frequent blackouts and contributed to a stagnant economy, is looking for alternative energy sources to meet growing pressures on power stations.

Coal, another fossil fuel, got the green light from the interim government in April to be used by certain industries to offset their dearth in energy. In the meantime, progress in utilising renewable energy has been slow, but steady.

In June, Minister of Industry and Foreign Trade Mounir Fakhry Abdel Nour announced that American solar energy firm, the Consilio Group, is planning to set up projects worth $100m. Like many officials before him, Abdel Nour reiterated that new and renewable energy is at the “top the government’s priorities”.

Daily News Egypt spoke with Consilio Group CEO Oliver Meissner to find more about this project, and other investments which the Consilio Group plans to set up in Egypt. Meissner explained that the plans have not been contracted and sealed with the government yet, and hence much of its details cannot yet be revealed. However, he voiced his optimism in the potential that lies beneath Egypt’s sun.

How big are your investments around the world? How much of it is in the Arab world?

The Consilio Group is focused exclusively on Egypt.
The Consilio Group is investing $100m to generate electricity from solar power in Egypt. What has lured the firm to invest in Egypt now, although previous administrations have also repeatedly affirmed that renewable energy is among their top priorities?

We see huge potential in Egypt now, given what we see as a very strong new government and the confidence in President Al-Sisi. Our investment commitment is still pending a signed agreement with the government of Egypt.
Do you have any partners working on these projects, whether local, regional or international? If yes, could you please name them?

Yes but this is confidential at the moment.
What would Consilio’s role exactly be in setting up these utilities?

We are the project owner and developer.

Could you please provide more information about these projects? Their locations, capacity each, start date, expected inauguration time, etc?

This is still confidential information.
What is the latest with regards to studies you have mentioned, pertaining to generating 300MW of electricity per year over a period of 25 years in Egypt? Has there been any update?

25 years is the standard lifetime of a solar project. Ultimately we anticipate GWs of solar capacity in Egypt.
There has been no tariff set by the government to purchase electricity generated from renewable energy. What was the tariff stated in the contracts signed with the government?

There is no project or signed contract with the government of Egypt yet. We are awaiting next steps from the Egyptian government to agree to our proposed pricing and to sign our power purchase agreement (PPA) contract.
What guarantees, or demands, did the Consilio Group request of the government, if any, for it to be investing in an industry that is largely new?

We are requesting a 25 year PPA guarantee from the Central Bank of Egypt, as well as the land for the project. If guarantees are not possible then Egypt must be willing to work closely with other governments (i.e. the US), which may be able to assist.
Egypt has a large amount of sun hours throughout the year, and therefore using sun to generate electricity, is only logical. What is your evaluation as an investor in the market, in terms of hurdles, obstacles, concerns, legislations, and facilities? How much do you think the market can grow? What is a realistic target that the government can put for its dependence on solar energy?

Solar energy requires subsidies in order to compete with traditional energy sources such as coal, oil and gas. If a country is unwilling or unable to provide such subsidies then it must show strong cooperation with other countries which may be able to assist. For example the US government may be willing to provide such funding if they felt a sense of cooperation and trust from the Egyptian government, while now it seems that there is quite a bit of mutual animosity. This must be repaired.
Another hindrance is that solar only works during sunlight hours, and it may be difficult to address peak evening demands in Egypt – therefore solar should be viewed as a supplemental energy source. To date energy storage solutions are very expensive and difficult to implement.
I believe that Egypt could ultimately benefit greatly from solar due to the abundance of sun, and the clean, non-polluting nature of this energy source. Perhaps 20% or more of Egypt’s energy could come from solar.
Will you be dealing with any of the several EU-based funds that promote usage of renewable energy to generate electricity?

We deal primarily with US-based funding.
What other countries in the Arab world will Consilio Group go to next? Are there any ongoing talks?

We are focused on Egypt.
What other projects is the firm planning in Egypt?

We are focused on getting this first solar energy project started with the government, potentially with cooperation from the US, before considering other projects.