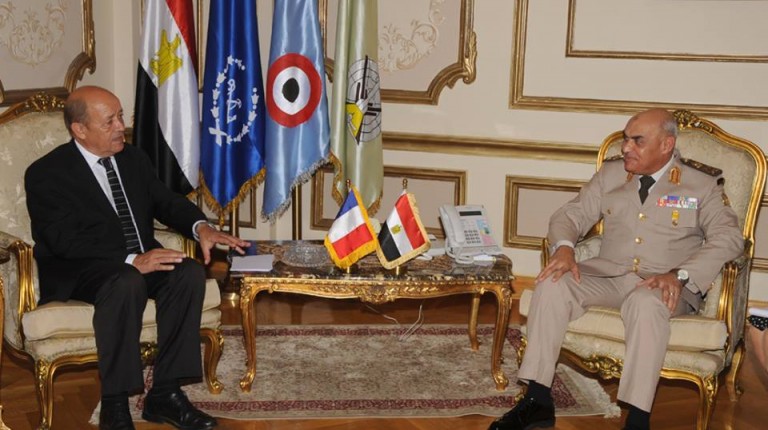 The two officials exchanged their visions on the latest developments in the regional and international arenas and their repercussions on security and stability in the Middle East. The meeting also discussed ways to support different aspects of joint cooperation and exchange of experiences between the two countries in many areas.

“The French defence minister expressed his appreciation for Egypt’s government and people and hoped for its continuous stability and progress to regain its leading position regionally and internationally,” said an armed forces Tuesday statement.

Armed forces Chief of Staff Mahmoud Hegazy and a number of senior commanders were also present at the meeting.

“This is a very important visit, especially as the French President [Francois Hollande] visited Egypt recently,” Al-Ezabawy said. He added that it reflects France’s changed stance towards Egypt after it had previously not recognised the political process that followed the 30 June uprising.