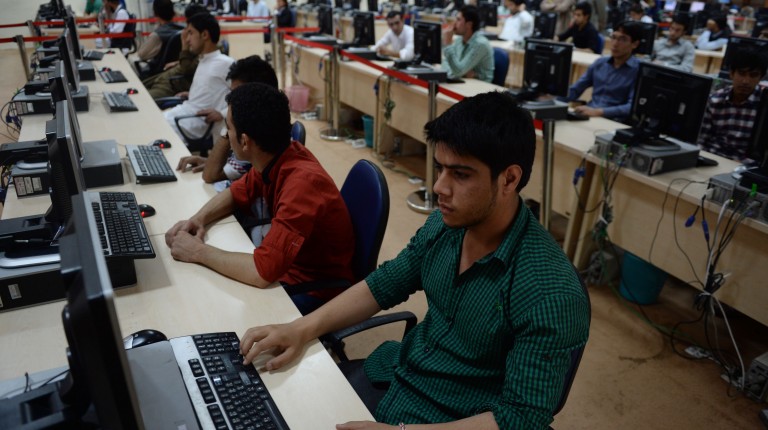 Egypt’s labour laws and industrial policies discourage employment by raising the costs of labour and artificially reducing the price of non-labor inputs and directly encouraging the production of non labour-intensive products by tariffs and other policies, a recent World Bank study stated.

The low-quality, insecure and unstable jobs can be reversed through adopting reforms aimed at reviving the private sector, promoting formal employment and engaging vulnerable population, the World Bank said in a press statement on 18 September.

World Bank’s country director for Egypt, Yemen and Djibouti Hartwig Schafer said that the private sector has the potential to provide Egyptian youth with the needed job opportunities, stressing that the international organisation is committed to supporting Egyptians “in improving their livelihood to participate in prosperity and growth”.

The statement added that jobs in Egypt have become less likely offer social insurance or a written contract over the past 15 years, creating higher informal employment status despite the high level of educational attainment of young people.

“The rate of informal employment in Egypt is high by world and regional standards, and the Egyptian labour market has been deformalising even as the rest of the world trends towards more formal employment arrangements,” the report read.

According to International Labor Organization (ILO) figures, 56% of male non-agricultural employment in Egypt is informal, much higher than Turkey’s 30% and nearly as high as 60% in Palestine, the report said.

The report also stressed that it is difficult to understand the barriers to job creation in Egypt without considering the effect of public policies on private incentives to invest and enter new markets.

Creating job opportunities has been the centre of the policy debate since the January 2011 Revolution, as the labour market was negatively affected by the political and economic crises, the report explained.

A Gallup survey stated that 80% of Egyptians believe that the country is currently worse off than it was before 2011, with 50% believing that it will recover in the next five years, the report said, attributing the pessimism to the negative view of the labour market.

Meanwhile, 70% of Egyptians believe that employment opportunities in the public and private sectors have declined, and more than 50% believe the situation will take five years or more to improve, according to the same survey.

The World Bank argues that the job crisis in Egypt, which was present before the Arab Spring, will persist unless a “dramatic” change in public policies takes place.

“In Egypt, we find that the relationship between growth and employment manifests itself as changes in job quality rather than job quantity,” the report said.

The international organisation highlighted the governmental procedures in addressing the unemployment crisis and highlighted that the “market-oriented” reforms, which was by former President Hosni Mubarak’s cabinet in 2004, were biased against labour-intensive projects and did not achieve substantial improvement in the quality and availability of employment, leading to frustration among educated labour force and culminating the revolution, World Bank said.

Egypt’s youth are facing major challenges, as the unemployment rate registered 13.3% during the second quarter (Q2) of 2014. This figure compares to 13.4% during Q1, the Central Agency of Public Mobilization and Statistics (CAPMAS) stated in August. Unemployment recorded 9% during the same quarter in 2010, the statistics agency added.

CAPMAS also reported in August that approximately 27.8% of Egyptian youth live in poverty, while 24.1% live near the poverty line. The figure is a minimal increase compared to last year, where poverty and near-poverty among youth registered 51.3%.