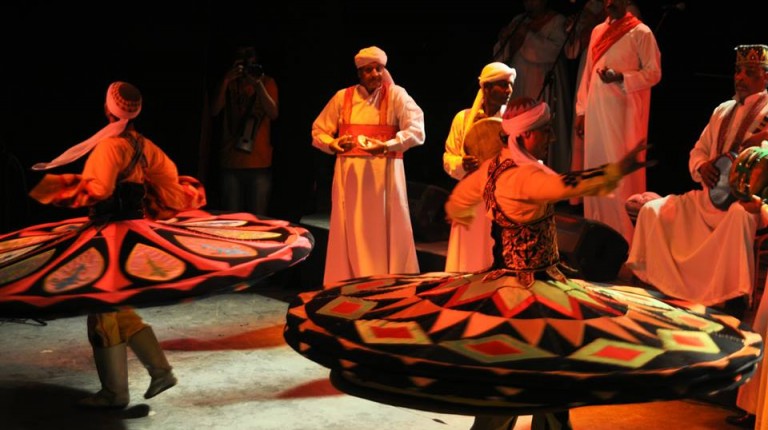 Cairo is hosting its first international folk festival, the WANAS Festival, from 18-20 September, featuring music from Egyptian and international artists.

During the festival, music included Bedouin bands from the Sinai desert and Nubian rhythms of Upper Egypt to musicians from as far away as Norway.

Bagpipes were heard in the same concert as the Oud and Tanbuora.

“Visitors will have the opportunity to experience a variety of folk styles and see a merging of Egyptian music with international music,” said Ibrahim, who is also one of the performers and organisers of the band El-Tanboura, which will be playing Saturday.

The festival is an attempt to “give people an opportunity to see international folk and Egyptian folk play with each other and in comparison”, he said. Ibrahim added that the festival is “to tell people in Egypt, they have to join in this music that is a very human treasure”.

Ibrahim is one of the founders of the festival’s organiser, the Al-Mastaba Center for Egyptian Folk Music, which also hosts three music academies in Egypt, Port Said, Suez and Al-Arish.

Al-Mastaba maintains an archive of over 700 hours of audio-visual material and supports five Egyptian folk bands in their travels to international festivals and concerts, Ibrahim said.

The centre and the festival aim to promote and preserve the heritage of Egyptian folk music, which is “increasingly marginalised”, he said.

Music heritage preservation in Egypt is facing several challenges, most notably that of globalisation which “convinced” a lot of people of the “better value” of the Western lifestyle, he said.

“We need to look for our heritage and treasure [it, whether it be] from the street to the farm,” he said. “Music helps Egyptians integrate and to know each other.”

Traditional forms of music in Egypt should be promoted, he said, as many Egyptians now prefer newer non-traditional pop music.

“The music is dying under the effects of the global market  and this new image of Egypt to prefer things that come from abroad that are not their own,” he said.

Another challenge facing heritage preservation is the lack of government support, he said.

Government policies, however, were different during the time of former President Gamal Abdel-Nasser, he said.

“Media and culture tried to promote folk music by televisions performances,” he said. “But after we lost our national projects, after the ‘67 war, and the death of Nasser, the government stopped to look for our heritage and instead looked to modern life.”

Throughout different historical contexts, the strong link between Egyptian folk and social issues was clear, he said.

Al-Tanboura is the first band Ibrahim established in Port Said during the Suez crisis of 1956 and 1967 war, when the band played resistance songs.

The band opposed many former President Mohamed Morsi’s policies in its music during his rule, as many in the local music community shared a fear the Muslim Brotherhood would hamper their artistic freedoms, he said.

“I think now Egypt is about to build its own identity, he said. “People need to create their own art to secure their spiritual needs.”

Aside from politics and the obstacles of the global market, poverty is a third hurdle to overcome, he said.

“Traditional music is played by the lowest class in the [socioeconomic] pyramid in Egypt,” he said.  “They are not educated and they don’t know how to promote their music to the media.”

WANAS festival supports band members and gives them an opportunity for exposure, he said.

Despite the hardships of finding funding for the festival, the organiser’s efforts continue with the hope of achieving success.

“When you are going to make a big step, you worry about how the sound system will work or if people be happy,” he said.  “I hope everything will eventually go well.”