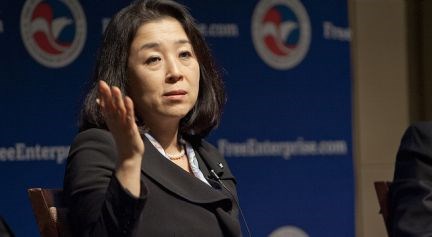 The Multilateral Investment Guarantee Agency of the World Bank Group (MIGA) issued $26.4m in guarantees in support of cross-border investment into Egypt in the last fiscal year, which ended on 30 June 2014. It has subsequently issued an additional $23.4m in guarantees.

MIGA has worked with Egyptian companies in the telecommunications, power, and services sectors insuring their outbound investments to different regions (mostly other countries in the Middle East and North Africa, Asia, and sub-Saharan Africa).

MIGA CEO Keiko Honda said that the agency seeks the approval from the Ministry of International Cooperation before it supports an investor going into Egypt.

What is the total value of MIGA guarantees that were issued to Egypt’s private sector during the last year?

MIGA issued $26.4m in guarantees in support of cross-border investment into Egypt in our last fiscal year, which ended on 30 June 2014. Since then, we have issued an additional $23.4m in guarantees.

What are the main institutions that MIGA deals with in Egypt?

MIGA has worked with Egyptian companies in the telecommunications, power, and services sectors insuring their outbound investments to different regions (mostly other countries in the Middle East and North Africa, Asia, and sub-Saharan Africa).

On the government side, MIGA’s main point of contact for all communications is the Ministry of International Cooperation. As per our requirements, MIGA needs to obtain the approval of the government of Egypt before it supports an investor going into Egypt. The approval ensures that the government is aware of the project and that the project meets the development objectives and priorities of the country. For Egypt we work with the Ministry of International Cooperation to get such approvals. We have also been in contact with the Central Bank [of Egypt] and the Ministry of Finance and—along with the advisory services of the International Finance Corporation—have worked with the General Authority for Investment and Free Zones (GAFI),

How does MIGA foresee the flow of FDI [foreign direct investment] to Egypt?

We see that some investors have already begun to re-engage in Egypt, and MIGA has had the opportunity to support projects very recently. While FDI into Egypt in general has certainly recovered somewhat since 2011, it has yet to reach earlier levels. Nevertheless, we hope to see a recovery as the economic situation improves and stability returns.

Egypt offers tremendous potential with a sizeable domestic market, skilled workforce, and ambitious infrastructure investment plans that could help launch a new wave of investments and contribute to economic growth.

What are the fields that MIGA supports in Egypt?

Up until now, we have insured projects in oil and gas, manufacturing, and solid waste management. MIGA is pleased to consider covering most productive and developmentally friendly investments in the country, provided they meet our eligibility requirements and environmental, social and integrity standards. Certainly we stand ready to support the government’s objectives in attracting investment into the power, infrastructure, transport, and agribusiness sectors.

How can Egypt overcome the current economic challenges?

Egypt is facing some challenges for which the private sector can help provide solutions. For example, in efforts to increase employment, the private sector can play a complementary role to government policy. MIGA stands ready to support the private sector by helping to bring in much-needed foreign direct investment. Our guarantees allow foreign investors to achieve the level of comfort they feel is needed to engage or re-engage in a country. Benefits to the Egyptian economy will include job creation, increased government revenues through taxes, and an overall contribution to economic growth including multiplier effects and linkages with the local economy. As well, MIGA can help the government involve the private sector in its investments in priority areas—for example, in energy, transport, and infrastructure—through its political risk insurance guarantee instruments.

Does MIGA deal with any banks in Egypt?

We haven’t had opportunity to work with banks in Egypt, yet. MIGA insures cross-border investment, which means that we would deal with foreign banks for Egypt-based investments. However, if an Egyptian bank investing in another country were to seek MIGA coverage, we would be happy to work with them.

How does MIGA help in reducing poverty in Egypt?

MIGA’s mission in Egypt—as it is in all countries where we operate—is to encourage foreign direct investment that will build infrastructure, create jobs, transfer technology and skills, and increase productive capacity. All these are important elements to reducing poverty.

Investors are sometimes hesitant to invest in an unknown or uncertain environment. These perceived political risks are very germane to Egypt, especially given recent events. Our intent is to help restore the international business community’s confidence and support good investments into the country. We accomplish this by mitigating certain risks that are at the forefront of many investors’ minds.

In order to secure MIGA insurance, investors must demonstrate that their projects aim to have a positive development outcome.

Are there any new products that MIGA will launch?

At this point, we do not anticipate adding any new products in the next few weeks/months. However, we aspire to develop innovative applications of our existing products.  For example, last year we applied our products to a bond issuance.  We are constantly looking for opportunities to help private sector clients and MIGA’s and host countries, which are our shareholders.

We would like to continue supporting good projects in Egypt by extending more guarantees for coverage against currency inconvertibility and transfer restriction; expropriation; war, terrorism, civil disturbance; and breach of contract.

I will take this opportunity to note that MIGA is committed to Egypt and the region more generally, especially at this important moment of transition. We launched a Middle East North Africa initiative in the wake of the unrest that began in 2011 under which MIGA has mobilised capacity of up to $1bn for new guarantees for cross-border investments in the region.