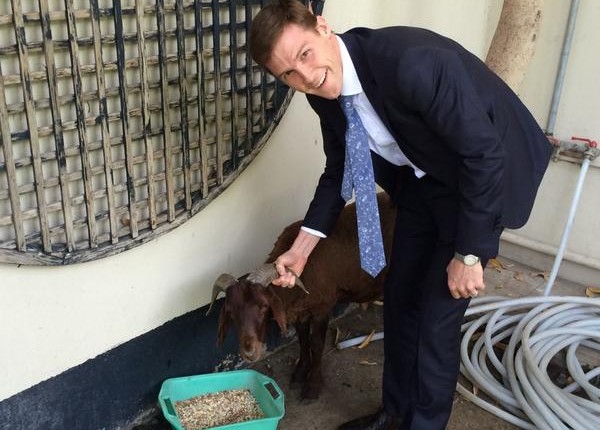 The British ambassador to Egypt, John Casson, hosted 50 children from FACE, a Cairo-based non-profit that works with vulnerable children, in his official residence on Tuesday.

The ambassador invited the children for an afternoon of games, cake-making, face-painting and more, which was all organised by the British embassy staff, according to a statement by the embassy.

Casson, who published a photo of himself and a sheep on his official Twitter account, said that Britain wants to build a “successful Egypt” for all Egyptians of all backgrounds and age groups.

“It is great to have this partnership with FACE and to meet these fantastic young Egyptians,” he wrote in the statement. “I was very proud to give them the gift of a sheep to take home with them.”