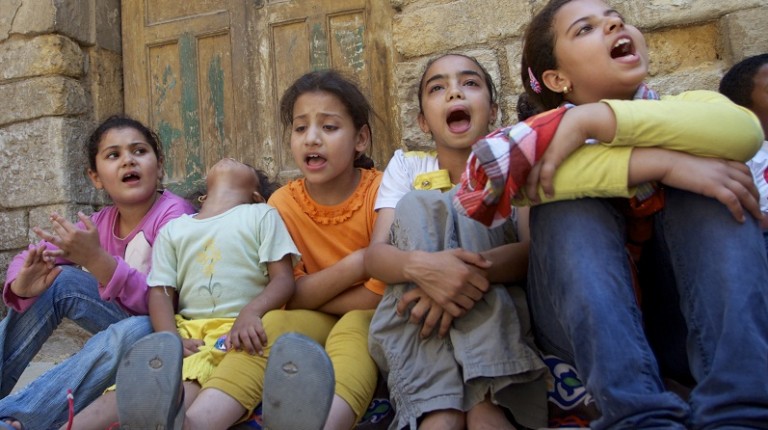 Publications have been confiscated, and two cultural events and two TV channels have been banned during the first 100 days of President Abdel-Fattah Al-Sisi’s rule, according to a report by the Arab Network for Human Rights information (ANHRI).

The report “traces potential indicators” for increased or decreased freedom, and the presence or absence of a “political will” to move towards democracy, which requires at least 25 years to be achieved in Egypt, according to a statement by Al-Sisi in May. It criticises the president’s statement made in May that media freedom is “unprecedented”.

“So we’re in a unique situation,” the report reads, “unprecedented freedom of expression and long years before democracy is achieved.”

The report lists violations to freedom of expression during the rule of Al-Sisi.

Cultural festival Al-Fan Midan was banned twice in Cairo. Organisers of the festival, which has been held monthly in Abdeen Square since April 2011, failed to gain permission to hold the festival as scheduled in August and September, two out of three months since Al-Sisi’s inauguration, according to the report.

Al-Fan Midan is not the only event that was banned. Two weeks after the president’s inauguration, security forces prevented a group of street performers, Outa Hamra, from holding a show in Al-Ittihad Square in Maadi. The group, who assumed that the reason for the ban was their selection of a major square as a location, moved the performance to a school. Security forces, consequently, threatened to arrest them if the performance was held, according to the report.

Restrictions during Al-Sisi’s rule did not stop at the street, but went further to censor publications.

Censorship authorities, which administratively follow the Ministry of Interior, confiscated three books, which were part of a delivery of books entering Egypt. No reasons for confiscation were announced, according to ANHRI. The confiscated books included “Al-Mabrouma” by Lebanese novelist Rabei Gaber, the French philosopher Alain Badiou’s “In Praise of Love” and “Introduction to Semiotics” by the Egyptian academic writer Nasr Hamed Abu Zayd, who was declared “an apostate” by a court ruling in 1993.

“The whole thing is absurd,” said Sherif Joseph Rizk, manager of Al-Tanweer publishing. “I, personally, am against any form of censorship, except in limited cases that are related to national security.”

In a violation of article 48 in the Egyptian constitution, which prohibits publishing bans or censorship except in state of emergency or during war, security forces raided the publishing house where ANHRI prints its four year-old periodical, WASLA, and confiscated 1,000 copies of its 72nd issue. The head of the printing press was arrested, as National Security officers said the paper was Muslim Brotherhood-linked and encouraged the overthrow of the Al-Sisi government, according to ANHRI.

The Administrative Court has also banned two TV channels, Al Jazeera Mubasher Misr and Rabaa, earlier this month for “promoting Muslim Brotherhood ideas” and being biased.  The decision violates the Egyptian constitution, and reflects a “double standard” policy which turns a blind eye to other channels that “spread lies,” attack the opposition and broadcast “illegal” recordings for them, according to the report.

In June, Al-Haya and Al-Mehwar, two private TV channels, banned a TV series, Ahl Eskendereya, after they aired promotions. The series, which portrays the story of a corrupt state security police officer before the 25 January Revolution, was previously rejected from being aired on public TV channels.

The decision “practically prevents the series from being shown this year”, wrote Belal Fadl, the series’ screenwriter, in a statement. The censorship situation is worse than “what happened even during the time of Hosni Mubarak”, he said. The series was banned though a private entity instead of government censorship institutions, a move he labelled a “persuasive ban”.

“Criticism and difference of opinions are no longer allowed. Only praise at the expense of the truth is allowed,” wrote the renowned writer and columnist Alaa Al-Aswany on Twitter in June, after he announced that he had stopped writing his weekly column.  Al-Aswani criticised “emotional terrorism” by television presenters, who insult anyone who expresses a different opinion and accuse them of betraying the country.