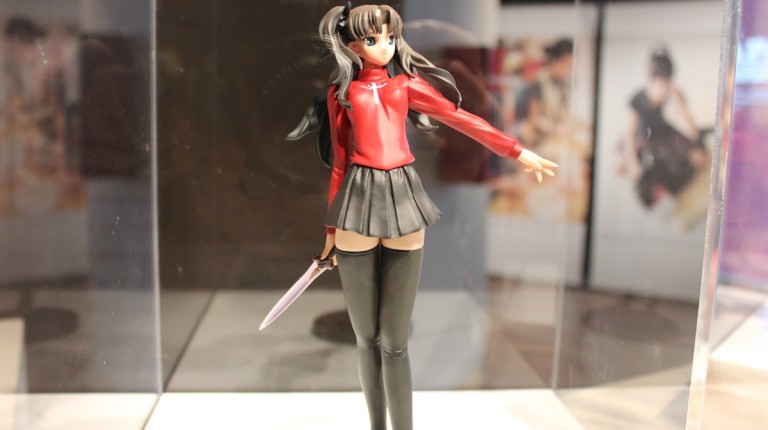 Batan! Hiso hiso… Tatatata… GAAA-N!* These sound effects might sound familiar if you have gone through Japanese manga comics before. Monchhichi, Pikachu and Tamagotchi have become part of an international collective memory. With the travelling exhibition “JAPAN: Kingdom of Characters”, the Japan Foundation examines characters like these as a radical aspect of a Japanese subculture related to anime and manga.

As seen in the showcase of a toy store on 26th of July Street, one metre-tall Hello Kitties accompanying fluffy sheep toys decorate the window panes ahead of Eid. Whether you like it or not, Japanese characters pop up regularly in our daily landscape. Where do these characters come from? What is their relation to Japanese society? What does the future hold for them? “JAPAN: Kingdom of Characters” tries to answer these questions with a chronological walk-through alongside the characters themselves.

Many characters have grown up with as a result of their popularity across the world.

The flown-in exhibition is divided into three sections. The first describes the “Honeymoon Between Characters and Japanese People”. Characters that emerged in several eras (50’s-60’s; 70’s; 80’s; 90’s; 2000’s) are showcased, deeply linked to Japan’s post-war history. The second section shows an example of someone who can’t live without the characters, as it features a reproduction of a high school girl’s room. “The Future of Characters”, the third section, looks into the latest characters that have emerged.

Throughout time, the popularity of these characters has only increased. Stuffed figures, stationery, fashion accessories, daily necessities, advertisements and more: they are everywhere. A 2004 survey of 1,210 people in Japan found that 79% of the respondents (age 3-69, men and women) owned some type of character goods, and a full 90.2% admitted to having characters they liked.

One of the possible reasons behind this popularity is given by Aihara Hiroyuki, president of the Character Research Institute.

“Being with a character calms a person’s nerves,” explains Hiroyuki.

“In the past, this ‘calming’ effect would normally have been realised through one’s relationships with family and friends. But in contemporary society, emotional bonds between people have weakened and maintaining them has grown difficult. As a result, people have established stronger ties with characters. In effect, characters have forged a powerful bond with the Japanese psyche as a replacement for family and friends.”

What struck me the most as an outsider is that the starting point of “Kingdom of Characters” focuses on the strong bond between Japanese people in general and these characters, described as “our friends, the heroes we long to be, and our lovers”. It leaves me wonder whether this really is a subculture gone wild or if it just appeals aesthetically to, for instance, a wide audience of young adults. All in all, the exhibition offers a fun insight in the world of manga and anime, and its emanations.

JAPAN: Kingdom of Characters – from 17 September to 9 October

10 am–2 pm, 5 pm–9 pm (all weekdays except Fridays and official holidays)
Free admission