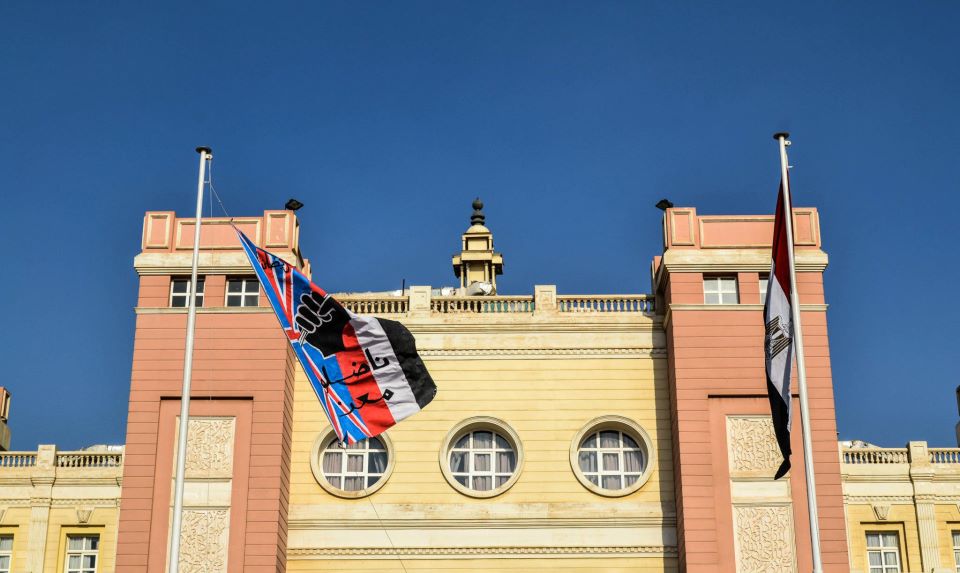 Abou-Zaid, a final year civil engineering student, was expelled from the BUE earlier this month after collecting the signatures of 2,600 students who agreed to a new students’ bylaw. Four others were suspended for a semester on similar charges.

Abou-Zaid said there was no investigation conducted prior to the University President’s decision.

“They further accused me of inciting my colleagues to protest and disturb the administrative work of the University,” he said.

“The decision was illegal because the University President applied the law of the public universities which allows the dismissal of a student without investigation…and this legislation doesn’t apply to the BUE being a private university,” Abou-Zaid argued.

“I’m not even permitted to even enter the university campus,” he said. “Our demands were legitimate…we only called for writing our student bylaw ourselves.”

The BUE president could not be reached for comment.

On Thursday, 13 students from Faculty of Dentistry were dismissed for one week over charges of inciting fellow students to hold on-campus protests and sit-ins via social media websites.

A number of student political forces issued a statement on Friday in solidarity with their BUE colleagues.

“The BUE has been witnessing a state of administrative confusion, suppression of students and arbitrariness following the appointment of a university president with a military background,” the statement read.

On its part, the BUE Student Union said that when students protested peacefully against the administration, calling for a bylaw representing them, they were ignored.

The administrative further refused to hold a referendum before passing the new bylaw, the statement added.

According to the Union, the administration stalled in responding to the students’ comments and rejections regarding the bylaw it imposed on them.

“Neither did they consider the views they had earlier promised to present before the deans of faculties,” the union said.

The BUE Students Union further rejected the Board of Trustees’ policy and that of the new president’s of dismissing students or intimidating others.

The Union also demanded that the dismissed students return to school and the bylaw proposed by students is put into force.