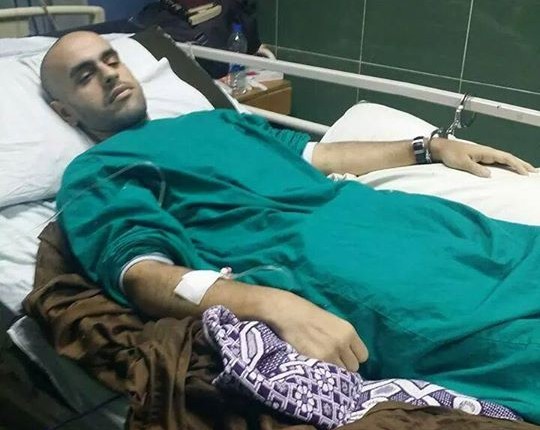 The defendants are charged with “forming an operations room to direct the Muslim Brotherhood group to defy the government during the Rabaa [Al-Adaweya] sit-in dispersal”, according to the statement released by the prosecutor general’s office in February.

Mohamed Soltan has been on hunger strike for 260 days.

Soltan was not present in court during the trial, due to his transferral to the intensive care unit in Al-Qasr Al-Einy Hospital on Friday. He has now been forcibly connected to an intravenous drip. The doctor reportedly threatened Soltan that he would send a report to the court of attempting suicide if he refused, said Freedom for the Brave – a prisoners’ rights organisation.

Soltan has been detained since August 2013 for participating in the Muslim Brotherhood mass sit-in at Rabaa Al-Adaweya, and was shot in the arm during the violent dispersal.

According to the prosecution, in the aftermath of the 30 June mass protests, Badie and his assistant, Brotherhood leader Mahmoud Ghazlan, plotted to “spread chaos in the country, break into police stations, government institutions, private property and churches”. The prosecution said this took place with the aim of making Egypt appear ungovernable in the eyes of the international community.

The prosecution also accused the group of attempting to widen the range of the sit-in to other places in Greater Cairo, and monitoring police institutions which they intended to attack when least guarded. The accused also faced charges of encouraging youth to violent acts under the pretext of religious martyrdom.

The statement also said that the Brotherhood had formed several media centres to support their plot, including RASD, anchors at Amgad channel, the 25 January Channel. Also accused of supporting the plot were editors at Ikhwan Online and Ikhwan Weekly, Nafezet Masr, and Journalists for Stability. The Brotherhood also faced accusations of using these centres to spread lies with regards to the military and the government

The prosecution added they had interrogated Muslim Brotherhood spokesman Gehad El-Haddad, who confessed the group had formed an entity under the name of the Anti-Coup Alliance. El-Haddad reportedly said he was responsible for talking about the alliance in the media and holding its conferences in the Rabaa Al-Adaweya mosque.